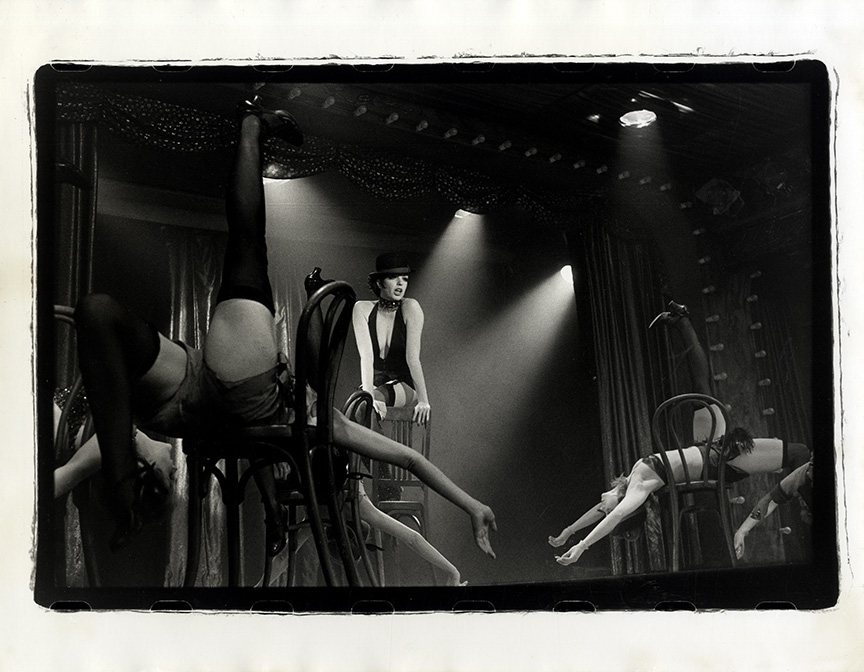 Alan Pappe (1934-2008) was a famous photographer whose images regularly appeared on the covers of publications like Time and Newsweek. His work on such famous films as CABARET, GREASE and THE BLUES BROTHERS are now iconic. His work is included in the National Portrait Gallery. Pappe was at the forefront, in the late 1960s and onward, of the New Hollywood, as well as the evolving Counter Culture.

This photo is of special interest because its provenance is from the Pappe estate, and it is a special print which Pappe himself made for his personal archive. Liza Minnelli in her signature Academy Award-winning role of Sally Bowles is seen performing the “Mein Heir” number on the stage of the cabaret. This print is 11 x 14″ (28 x 35 cm.) and on double weight paper and is stamped on the verso “Photography@ Alan Pappe” as well as featuring his signature and the date 1971 in pen, FINE.