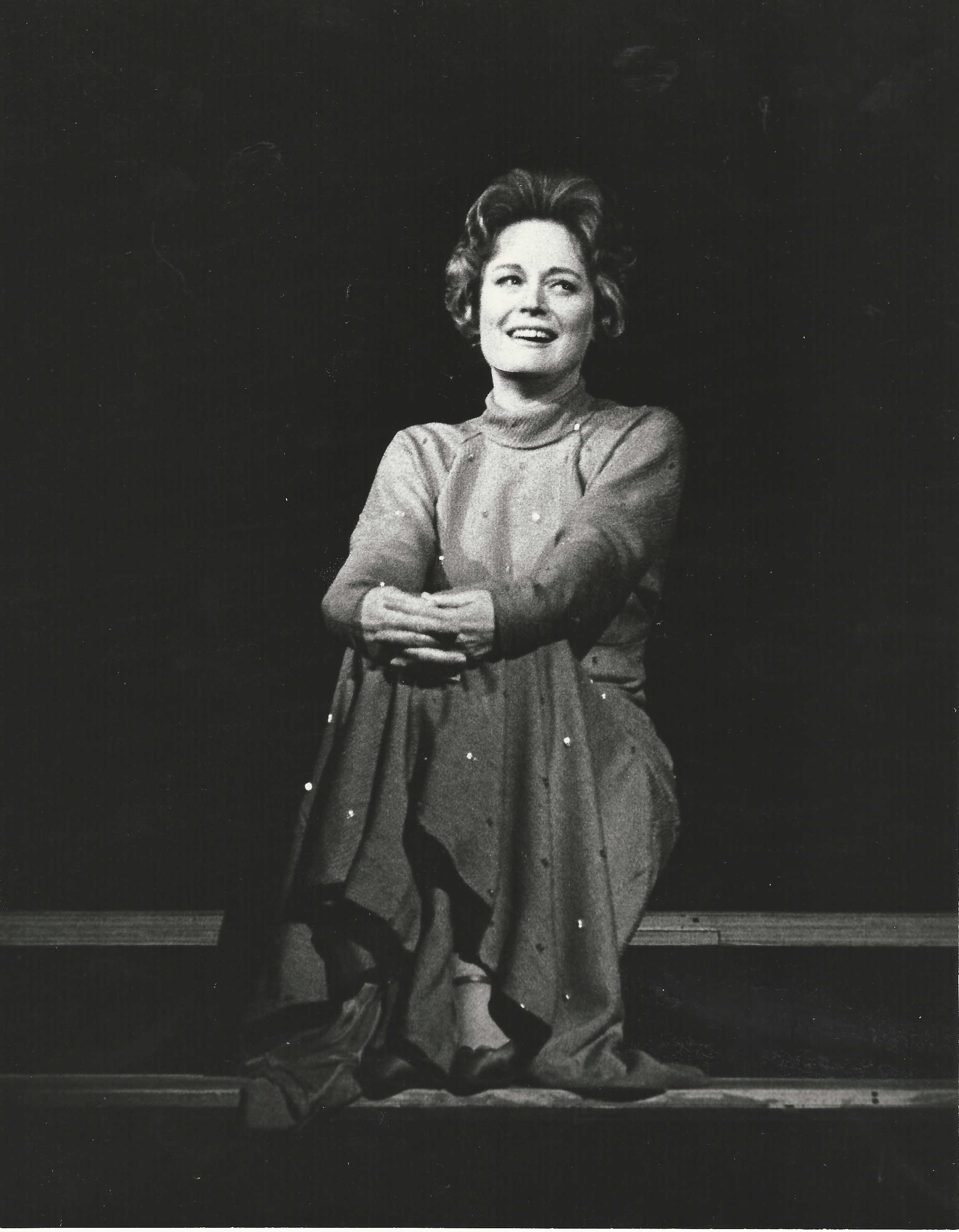 Alexis Smith took over Broadway in Harold Prince’s production of Stephen Sondheim’s musical FOLLIES. It is the story of a reunion of the performers of Weismann’s Follies at the theatre in which the shows were performed. The theatre is about to be torn down and the group remembers the good times and the bad!

Alexis was in good company with a few of the stars of her Hollywood heyday including Gene Nelson, Yvonne De Carlo and Fifi D’Orsay. The show ran for 522 performances between April 4, 1971 and July 1, 1972. Though it won seven Tony Awards, the show was a financial failure but has been revived numerous times since.

A nice image of the elegant Alexis in performance.