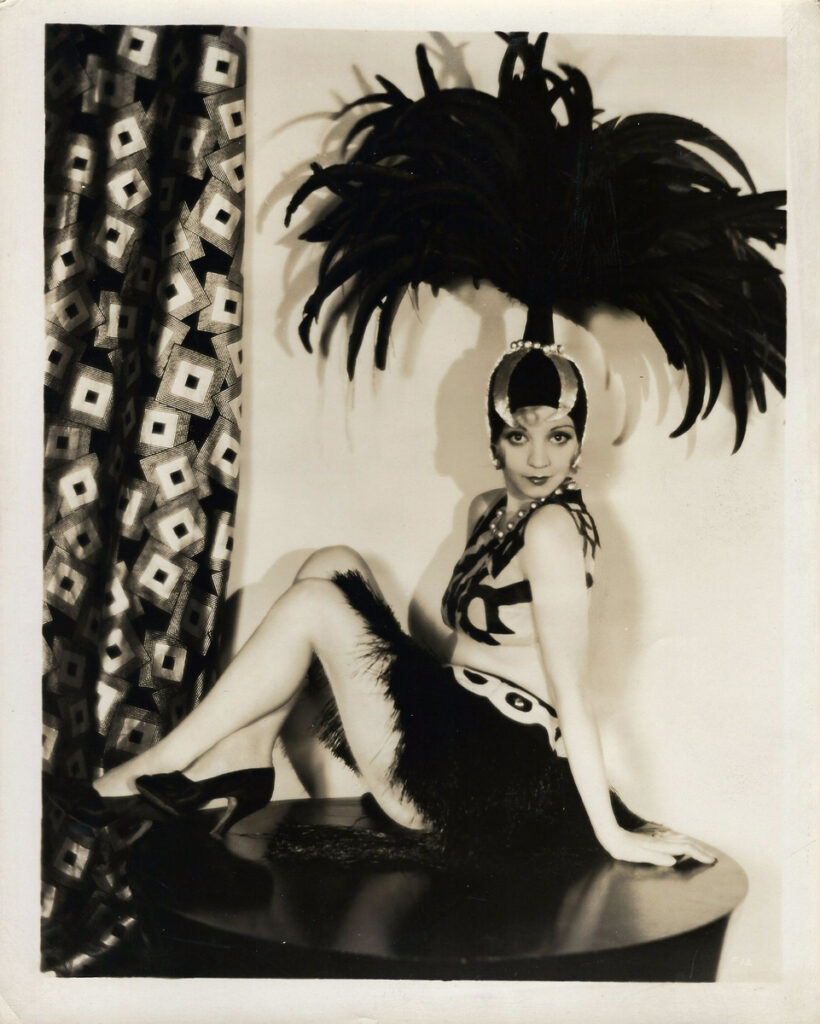 Alice White is featured wearing her showgirl costume in this lovely portrait taken while working on the early all-star pre-Code musical talkie BROADWAY BABIES. Romance and bootlegging were the plot points in Mervyn LeRoy’s production, between specialty numbers performed by White and much of First National/Warner Brothers roster of talent.

White’s career started as a secretary to Josef von Sternberg and then as a script girl to Charlie Chaplin.  Her bubbly personality made her just right to be in front of the camera where Chaplin put her. Cast as flappers and showgirls, her career suffered when she was involved in a romantic scandal in 1933.

Detailed printed text on the verso tells her story and promotes the film.