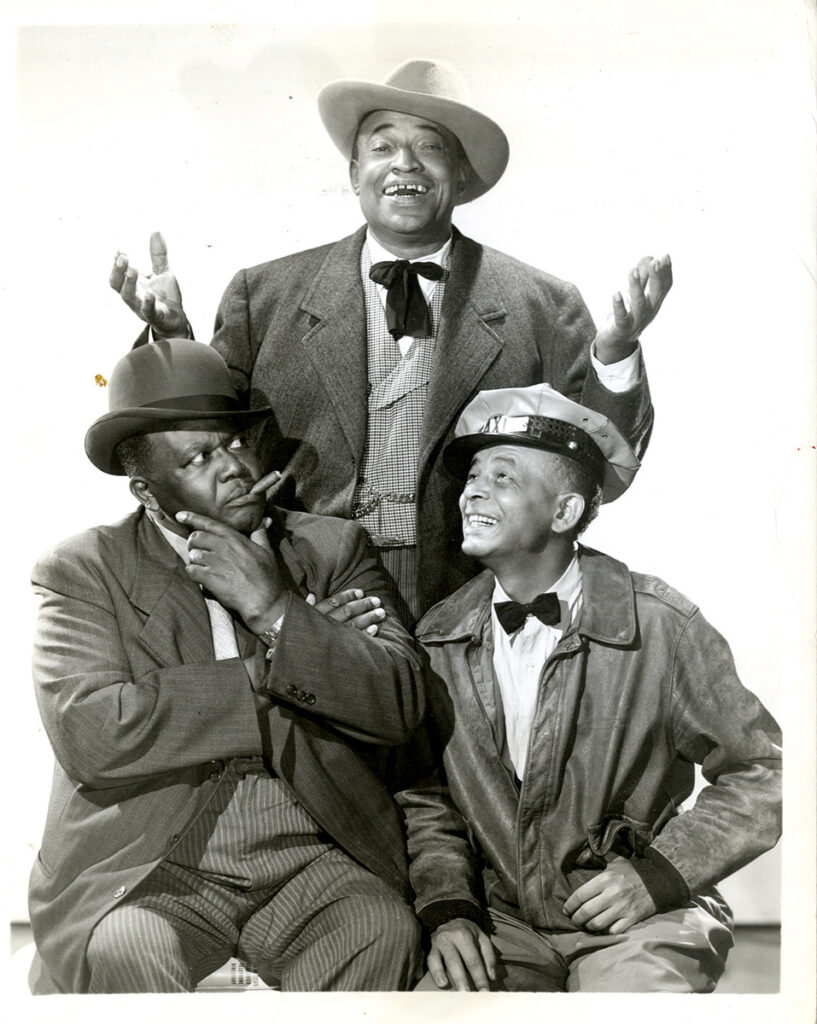 New York: CBS, 1951-1953. Collection of fifteen (15) vintage original photos, mostly 7 x 9″ (18 x 23 cm.). Most of the photos have promotional text affixed on back, some are also date-stamped. There is some rippling due to snipes attached to versos. General condition is very good+ or better.

It was reviled at the time for what was considered ethnic stereotyping. Bill Cosby is alleged to have belatedly bought the rights to the show so as to prevent it from being shown.

But that was a long time ago, and this program is now rightfully being given its place in history. Bogle, Blacks in American Films and Television, p. 253: “The entire cast is an example of an ideal ensemble acting troupe. They bring an inspired sense of the outrageous to their roles. Their timing is perfect. The doubletakes, the sly winks, the rapid interplay among characters are skillfully executed… It’s like watching ethnic theater, the type that black audiences saw at the Apollo and other black theaters.”

The ensemble included such brilliant comic actors as Spencer Williams (as Andy Brown), Tim Moore (as “the Kingfish”), and Alvin Childress (as Amos).

Any vintage photos from early television are extremely scarce, and photos from this program are unusually so.