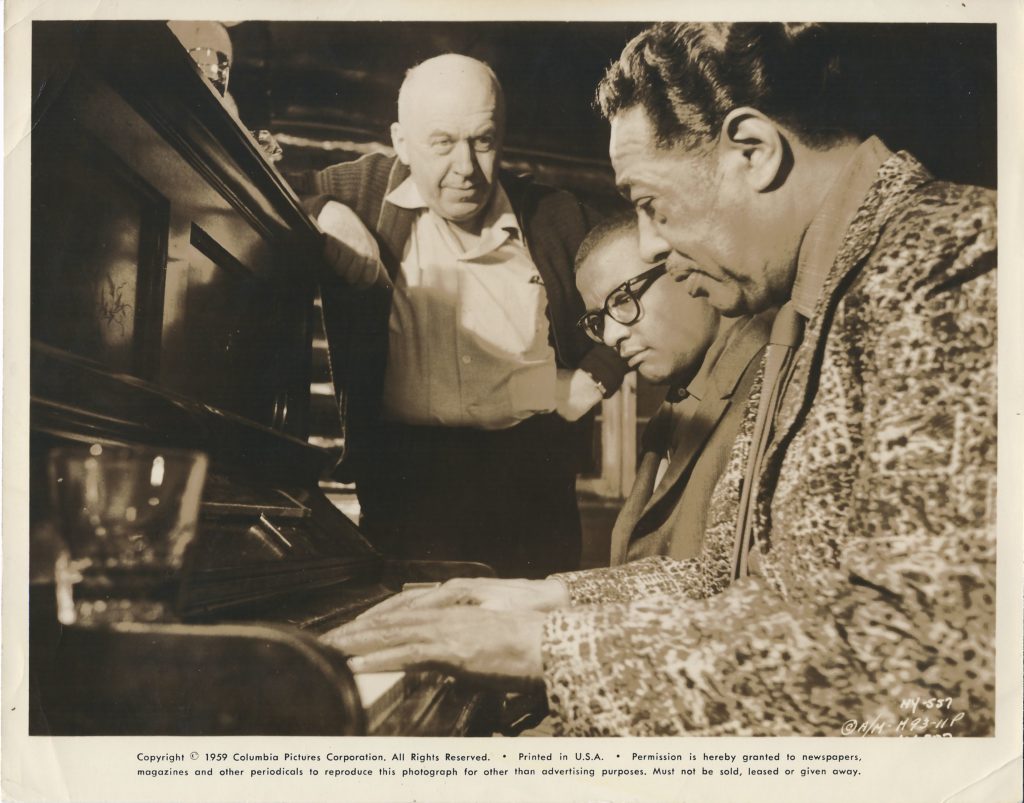 Vintage original 8 x 10” (20 x 25 cm.) photo, USA.  A bit of light creasing at top left, near fine.
A portrait of director Otto Preminger with Duke Ellington and Billy Strayhorn.  Ellington wrote the memorable jazz soundtrack to this classic film, and thus became the first African American to create the score for a major Hollywood movie.  Strayhorn, his brilliant arranger (and composer of many of Ellington’s most famous numbers) was a shy person, and one seldom sees photos of him.  This is the only photo which I have ever seen of the three of them.