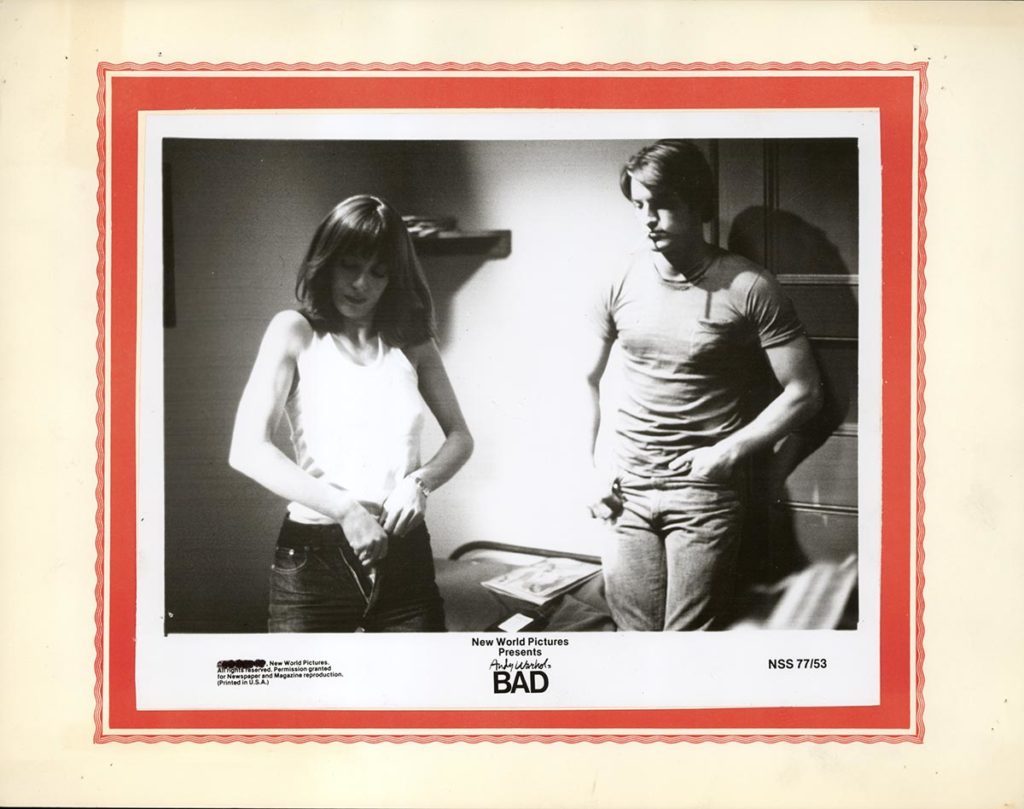 Set of six (6) 8 x 10″ (20 x 25 cm.) vintage original photos, USA. Carroll Baker, Perry King, Susan Tyrrell, Geraldine Smith, dir: Jed Johnson; New World Pictures. All have been neatly mounted on artboard and matted in 11 x 14″ (28 x 36 cm.) theater display mats, a few of which have scattered marginal pinholes, one of which has a small chip at extreme bottom left edge of display mat (not affecting the photo). near fine.

Baker plays “Hazel,” a vicious beautician who has a sideline of providing ruthless women to do hit jobs. Although this film is not as well known as the earlier Warhol-produced films directed by Paul Morrissey, it is actually one of the funniest, and nastiest of all the films with Warhol’s name on them.