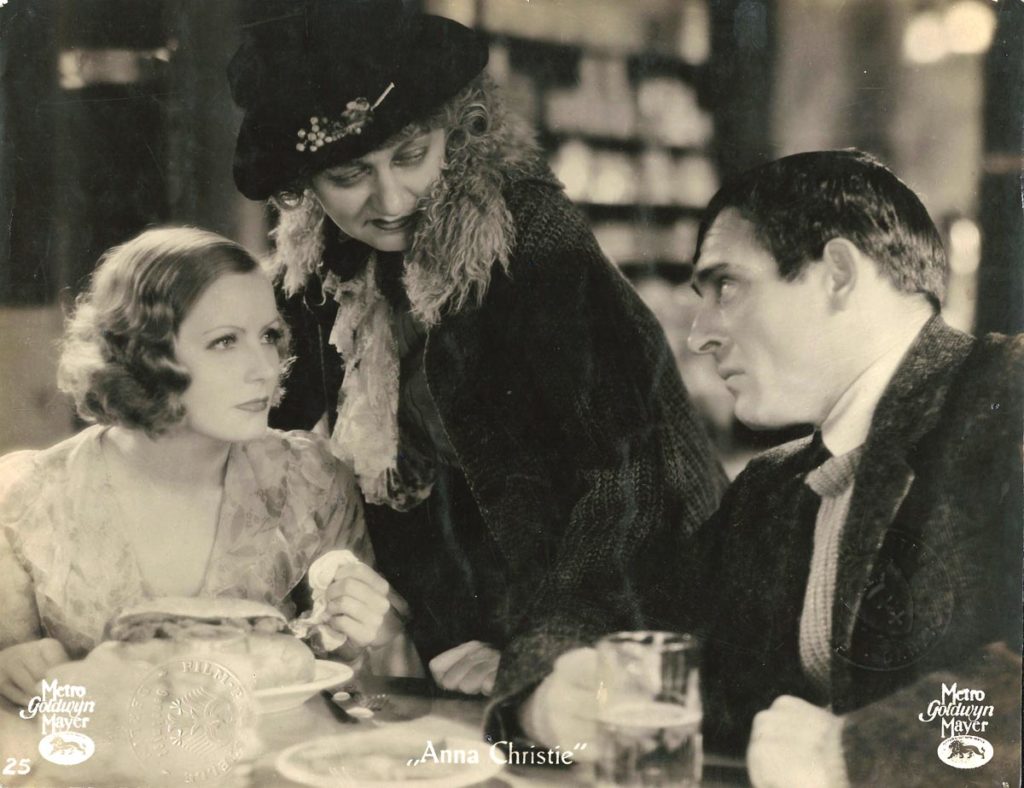 Vintage original 10 x 8 ” (27.5 x 21 cm.) double weight still photo, Germany. Greta Garbo, Hans Junkermann, Salka Viertel; dir: Jacques Feyder. Adapted from the classic play by Eugene O’Neill. An extremely rare vintage photo from the alternate version of this film which Garbo shot at MGM in German; except for Garbo herself, it was made with an entirely different cast and director. And the German version is much seedier and sexually frank, closer to the original O’Neill play.

In this scene from early in the film, Anna (Greta Garbo) and her father Chris (George F. Marion) have a tense and uncomfortable reunion in a saloon. They have not seen each other since Anna was a little girl, and her father has no idea that his young daughter is a prostitute. Marthy (Salka Viertel), an alcoholic friend and sometime girlfriend of Chris (Hans Junkermann), lingers over the two of them. Original photos from the German language version (filmed so early in the talking era that the technologies of dubbing and of subtitling did not yet exist hence, studios were forced to make entirely different versions of major films, like this, in alternate languages) are very scarce indeed. There are two embossed stamps on the film, reflecting its release in the Germany of the Weimar Republic, and some minor creasing and rubbing, VERY GOOD.