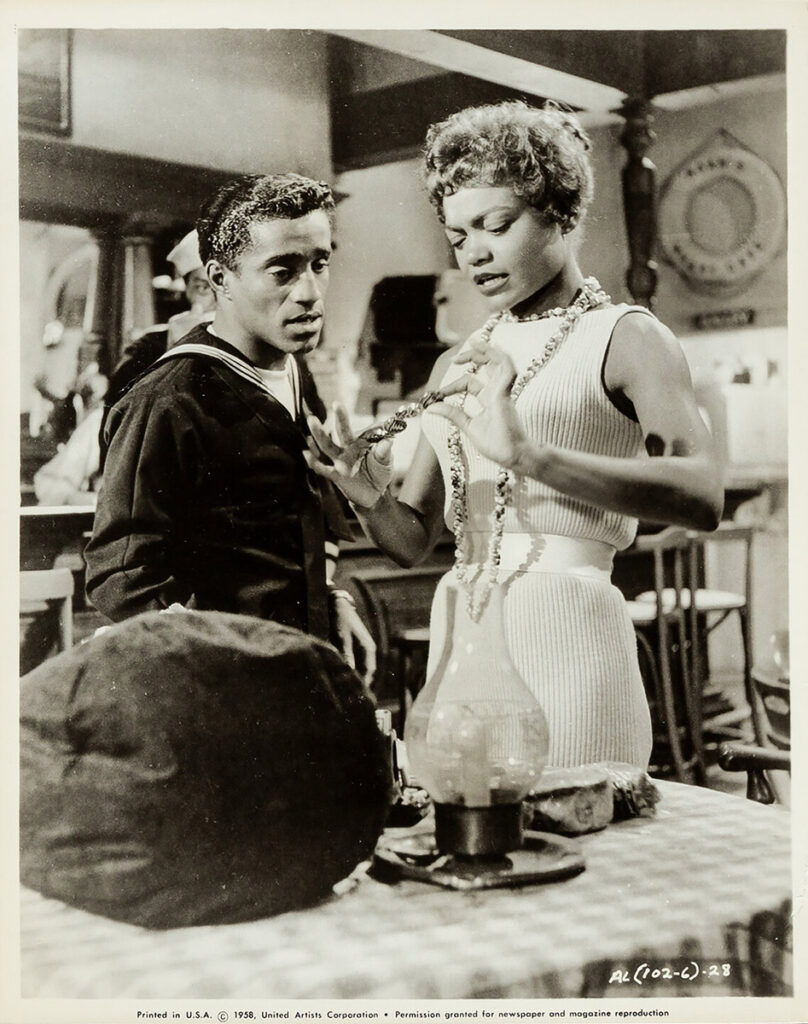 ANNA LUCASTA is one of a tiny number of Black cast films made by a Hollywood studio in the 1950s, and a major cast was assembled, starring Eartha Kitt and Sammy Davis, Jr., with supporting work from Rex Ingram, Georgia Burke, and James Edwards. The film is a family drama about a headstrong young woman whose father will not forgive her for her supposedly “immoral” past life and who falls in love with a carefree sailor.