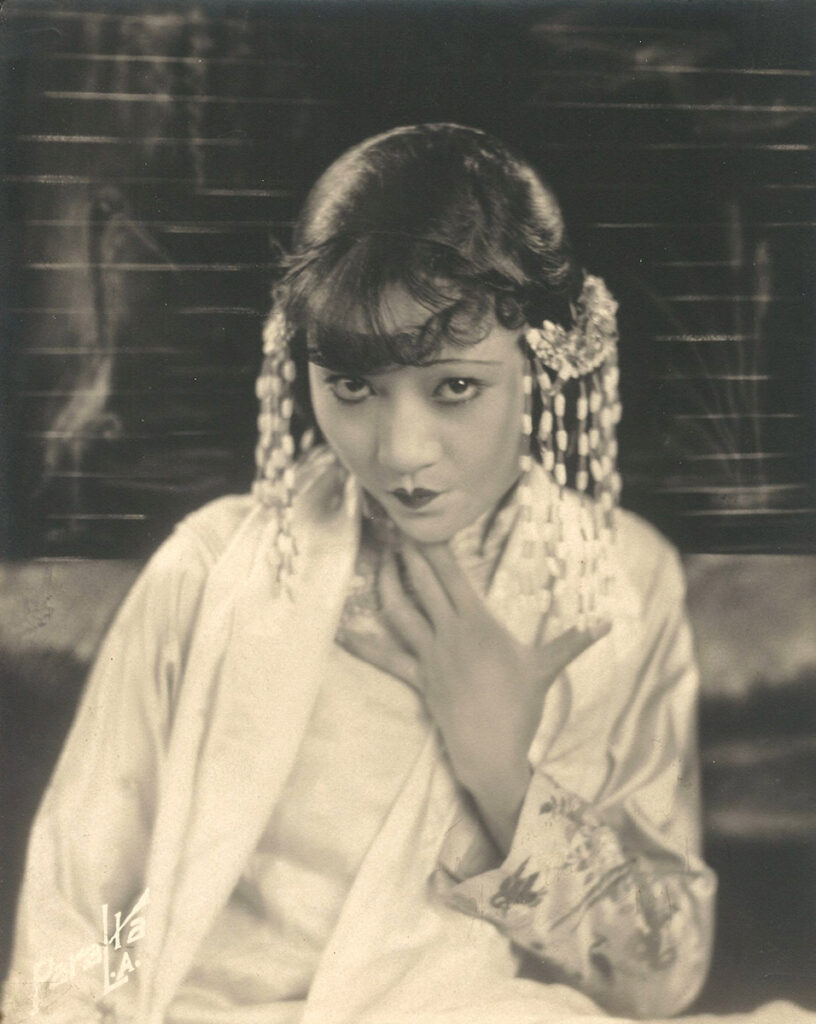 Born in Los Angeles’ Chinatown, and a third generation Chinese American, Anna May Wong was fascinated by the movies and watched as they were filmed in her own backyard. She would become the first American Chinese star of Hollywood films, coming to prominence in the 1922 romantic story set in China, TOLL OF THE SEA.

This portrait taken in Los Angeles by famed Paralta Studios (known for theatrical photography) is likely publicity for that film.