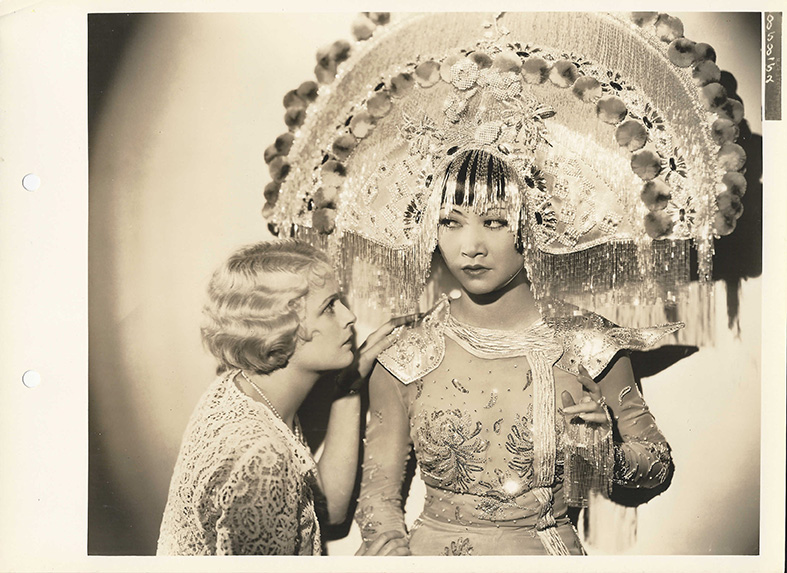 ANNA MAY WONG | DAUGHTER OF THE DRAGON (1931) Keybook still

Though a B film from Paramount, this melodrama gave us Anna May Wong in a strong lead as a famous Chinese dancer on tour in London who happens to be the daughter of the notorious Fu Manchu.

With her in this publicity portrait is Frances Dade, graduate of the WAMPAS baby stars who had a career for four years as a leading lady in the early-1930s. Rare format keybook still from Paramount Studios (no stamps), it is coded “858/52”. Slight crease at top left corner, ABOUT FINE.