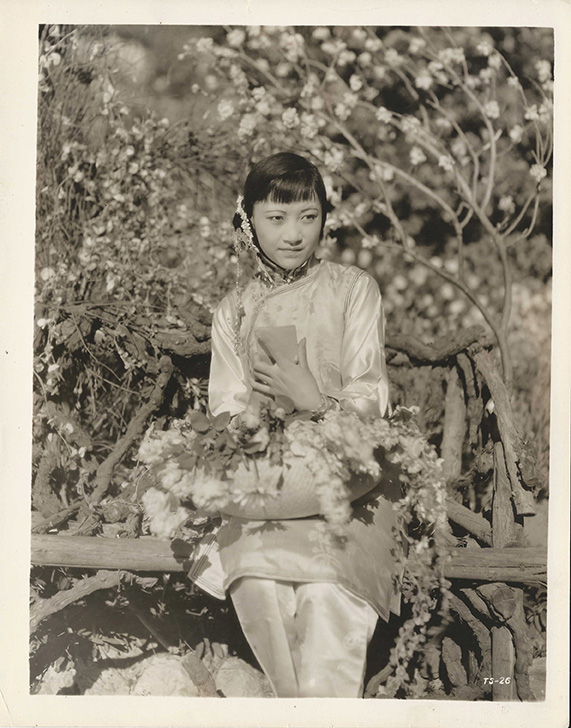 Vintage original 10 x 8” (25 x 20 cm.) black and white single weight glossy silver gelatin print still photo, USA. Anna May Wong, Kenneth Harlan, Beatrice Bentley, Priscilla Moran, dir: Chester M. Franklin. Metro Pictures Corporation. Historically significant in the use of the early Technicolor film process, presented by the Technicolor Motion Picture Corporation and advertised as “In Perfect Natural Colors.” Though not the very first use of the “two-strip” process, it was the very first feature length motion picture filmed in Hollywood in this process. It was the very first Technicolor film which could be shown without a special projector as well.

The film was very early in the career of Anna May Wong. At 17, she played the lead role of Lotus Flower, which won her great notice and she became the first Chinese American film star. The story was basically the plot of Madam Butterfly, this time set in China. A girl rescues an American man when he is visiting China and they fall in love. His friends encourage him to come home without her, and he does. She has his baby.

Years later they are reunited, it is not a happy reunion as he brings with him, as illustrated in this card, his American wife. TS-26 is a lovely portrait of Anna May Wong as Lotus Flower. The original Metro title stamp is on the verso. Minor corner creases, tiny tear at top mid blank white margin. NEAR FINE.