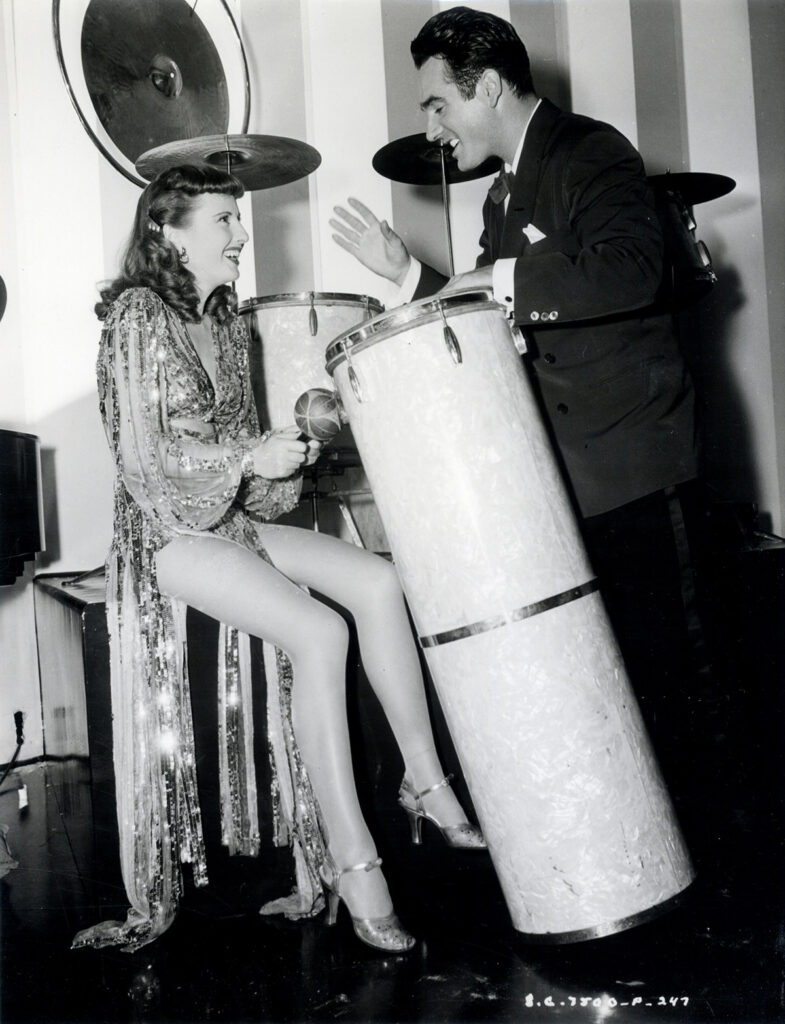 Howard Hawks directed this classic screwball comedy, from a script by Billy Wilder and Charles Brackett. Zany comedy about a cloistered group of academics working on a new encyclopedia who encounter a sassy nightclub singer (Barbara Stanwyck) who is hiding out from the police.

This charming photo shows Stanwyck with drummer Gene Krupa, who appears in a nightclub sequence.