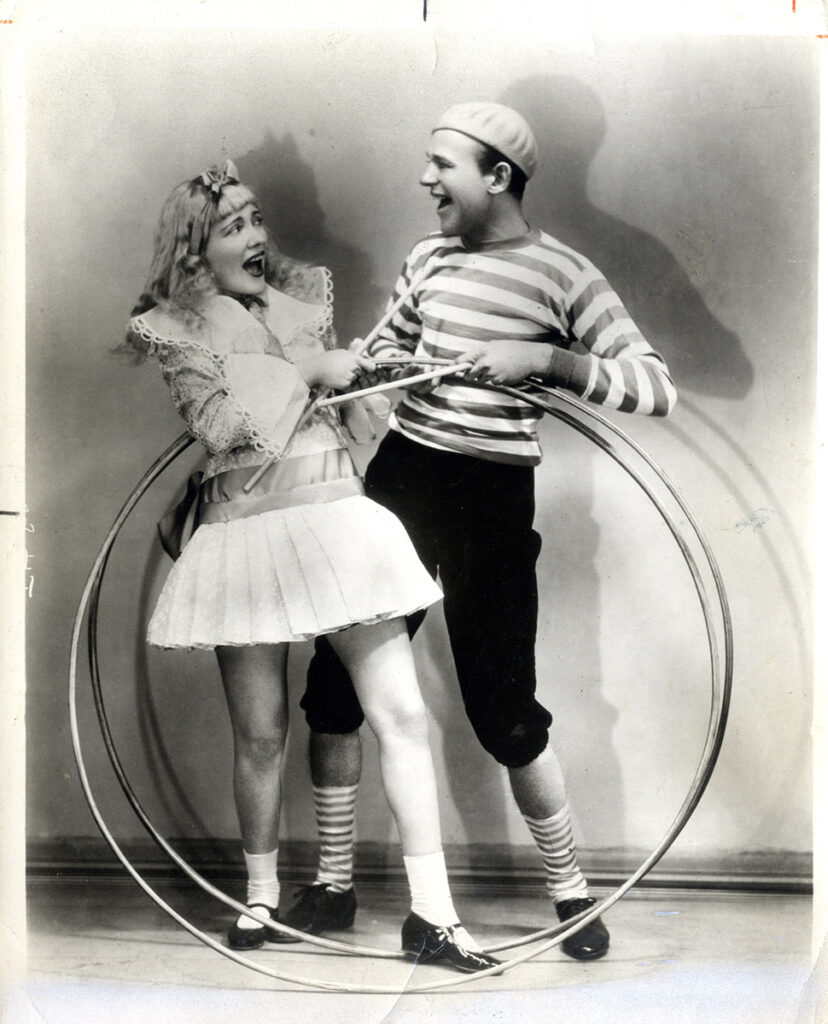 After 14 years performing in Broadway’s top shows, including those written by the Gershwins, Fred and Adelde Astaire ended their performing career together with this musical by George S. Kaufman and Howard Dietz. Adele then decided to end her career in show biz, and Fred was soon called to Hollywood.

Fred and Adele pose for the musical number “Hoops” in which they play two French children at play.