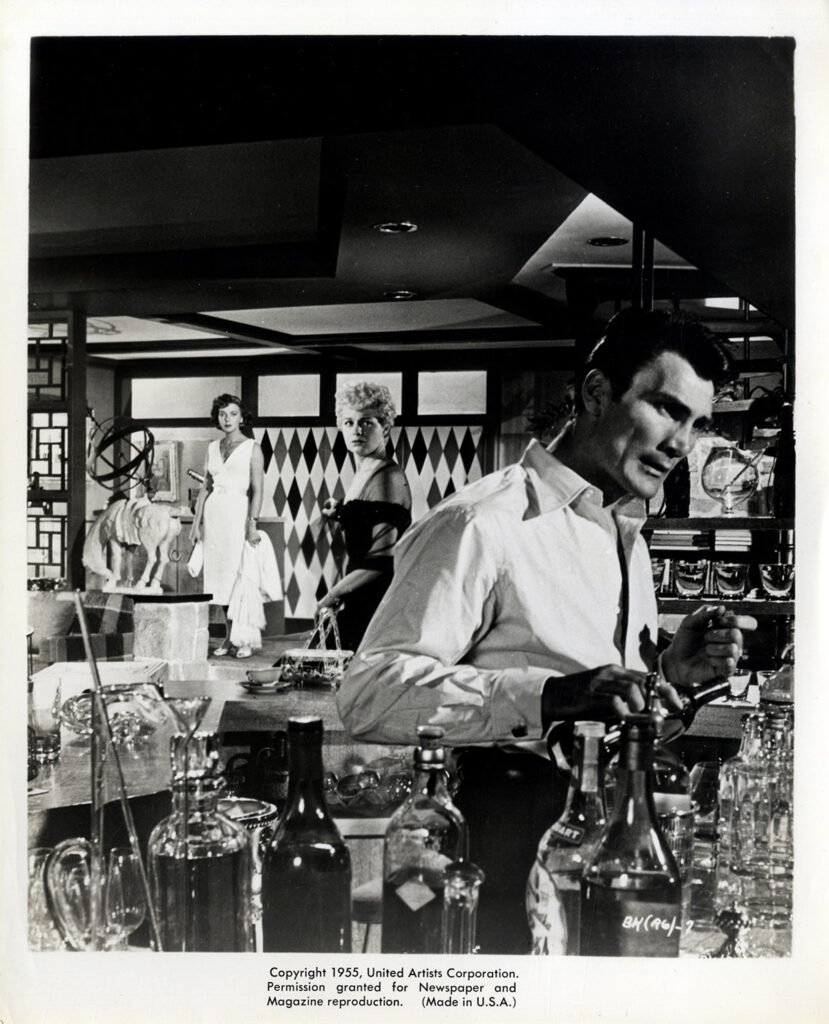 Robert Aldrich directed this devastating film noir, in which movie star Charles Castle (Jack Palance) is being blackmailed by studio boss Stanley Shriner Hoff (Rod Steiger) into renewing his contract, even though it goes directly against all his professional and artistic aspirations — and his wife (Ida Lupino) is threatening to divorce him if he does. The film, masterfully adapted by James Poe from Odets’ 1949 play, is a true ensemble film, with a host of venal and troubled characters, played by Wendell Corey, Jean Hagen, Shelley Winters, Ilka Chase and others.