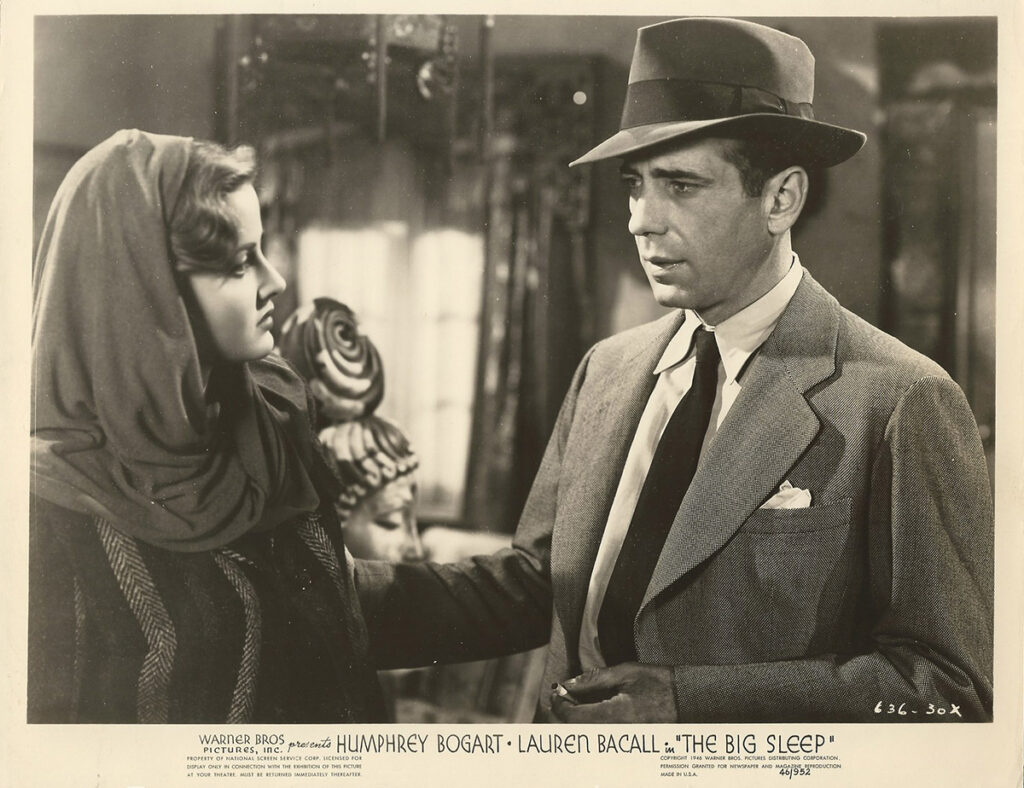 One of the most controversial of all noir films due to the jigsaw presentation of the story. The second film to feature Bogart and Bacall, it was filmed in 1944, but would not be released until 1946. Bogart became legendary in his portrayal of private eye Phillip Marlowe.