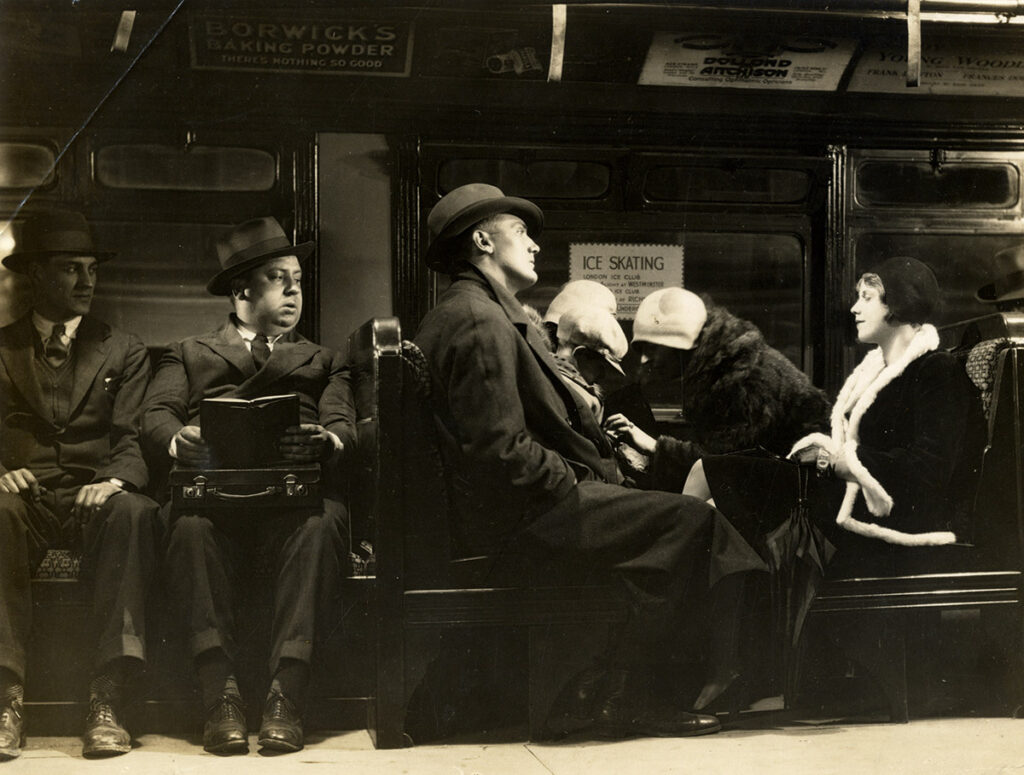 [London: British International Pictures, 1929]. Vintage original 7 1/4 x 9 3/8″ (20 x 24 cm.) British double weight black-and-white print still photo. Slightly trimmed for publication and appears to have once been mounted into an album. On the back the stamped text in red ink reads: “DIRECTOR ALFRED HITCHCOCK SECOND ON LEFT TAKES A SMALL PART IN HIS LATEST PRODUCTION ‘BLACKMAIL'”.

It is interesting to note that the text actually feels a need to indicate that Hitchcock is the second on the left — because his image was not yet well-known, as it would soon become.

This is the earliest known photo of one of the famous Hitchcock cameo appearances, which started with THE LODGER (1926). By 1929, Hitchcock’s name was becoming well-known to UK audiences, but his face was not yet a familiar one. This is, in fact, the only Hitchcock cameo photo which has ever surfaced from any of his British films, and must be considered a genuine rarity.

Sometime, probably in the 1960s, a small British company reissued the film and reprinted the photo. However, the text on the back of photos from that late re-release clearly refer to the film having been made “way back in 1929”.