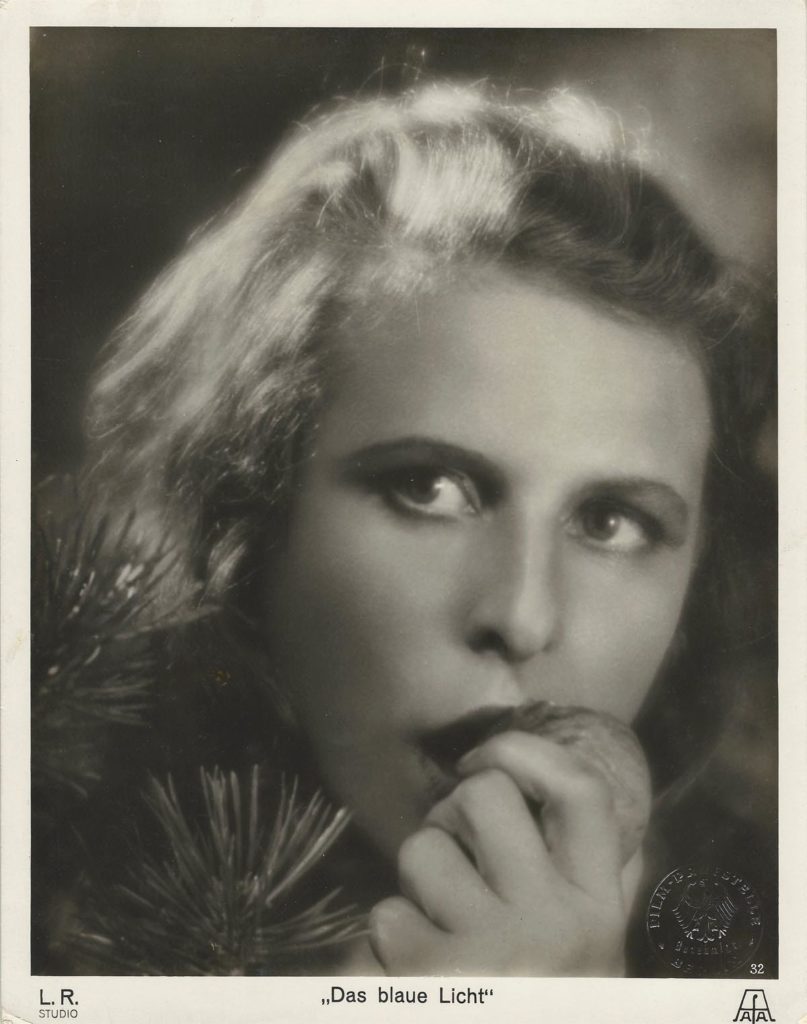 Riefenstahl was a master in lighting and black-and-white photography, evident even in the still photography for this film. Her studio logos are at the bottom left and right margin edges, the title at center and a German blind stamp is at the lower right corner of the image. Slight corner edge wear only. This is still number 32. FINE.