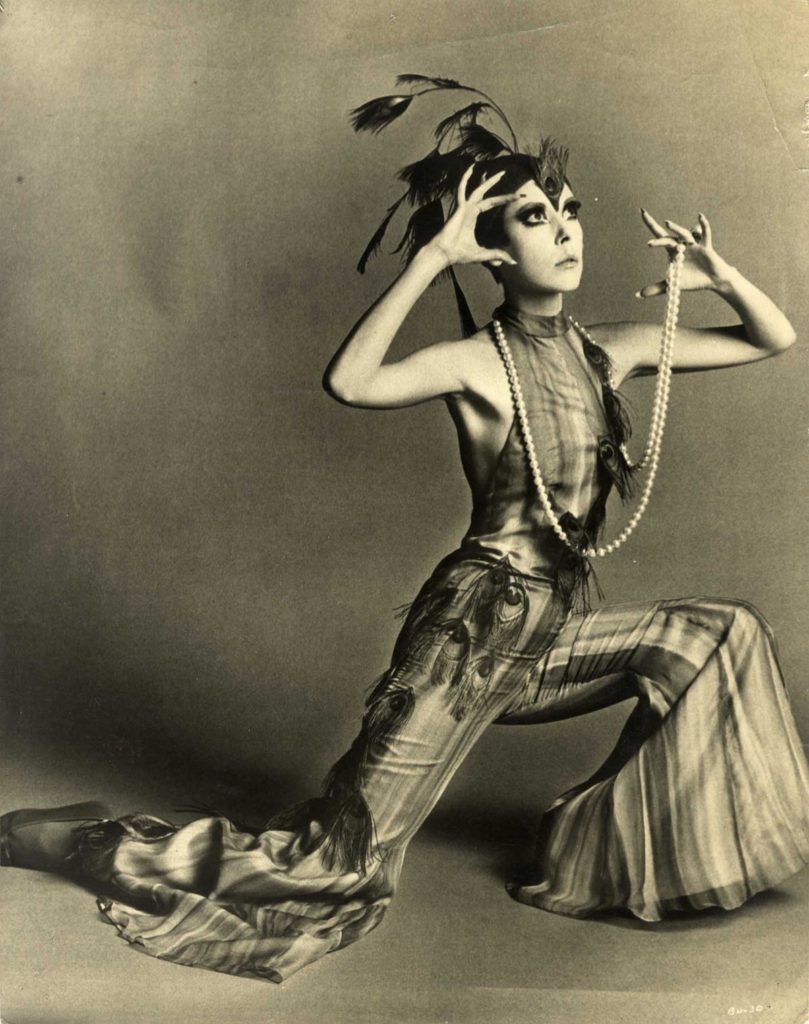 The film was made by MGM in the UK under a newly-created company called Premier Productions. Because this company had no agreement with the Production Code office (as MGM did), the frontal nudity and explicit scenes were allowed to remain in the film. Some of these nude scenes included the famous international models cast in the film. Hemmings’ character also shot fashion photography with them. The best, and sexiest, photos from the film, like this one, were produced in the UK (the film’s country of origin), as they were far too racy for use in the US back then.

Still labeled “BU-30” features one of the most famous models of all time, Peggy Moffitt. She immortalized herself in the 1960s as designer Rudi Gernreich’s main model (her Kabuki-style makeup and asymmetrical hair cut, designed by Vidal Sassoon, also helped). She appeared in twelve films between 1955-67. Creasing at top of still and at top and bottom right borders. VERY GOOD-FINE.