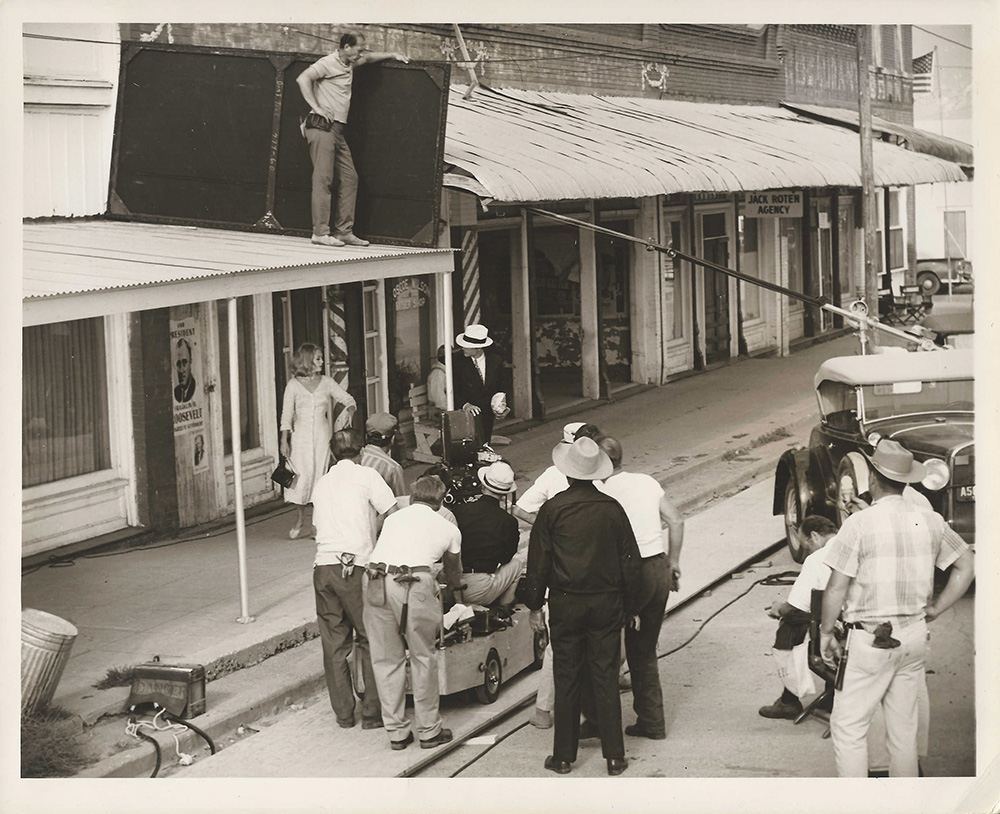 A behind-the-scenes moment of filming either on location or on the Warner Brothers backlot is this image from the ground breaking classic film. The story allowed the audience to have sympathy for villains, a concept which broke the rules of the stringent Production Code which had slowly been carved away at since being instituted in 1934, the year much of this story took place. After this film, the code was pretty much done away with.

Director Arthur Penn appears to be at left of camera as he and crew film Faye Dunaway and Warren Beatty in a scene. Minor crease to bottom right corner, ABOUT FINE.