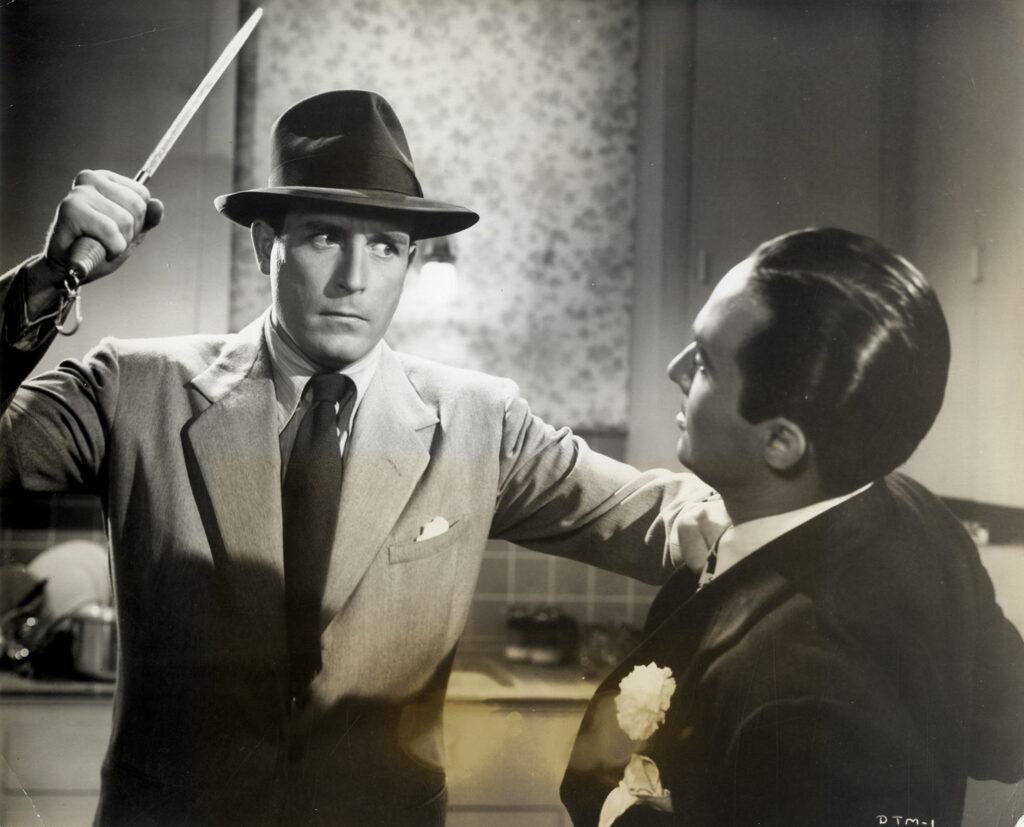 [Hollywood: RKO, 1947]. Set of ten (10) vintage original photos, of which there are 9 7 3/4 x 9 1/2″ (20 x 24 cm.) black-and-white print still photos, all with descriptive studio promotional text attached; and there is one 8 x 10″ (20 x 25 cm.) black-and-white print still photo, labeled “DTM-72” with text on the back referring to the film’s pre-release title, DEADLIER THAN THE MALE, which has been crossed out in pencil. Also with studio stamp of photographer Oliver Sigurdson. Stamp is faint but still readable. Overall photos NEAR FINE or better.

Robert Wise directed this brutal film noir about a calculating divorcée (Claire Trevor) who risks her chances at wealth and security with a man she doesn’t love by getting involved with the hotheaded murderer (Lawrence Tierney) romancing her foster sister.

Photos in this format would only have been sent to members of the media, and they are extremely scarce, particularly when found in a substantial group like this one.