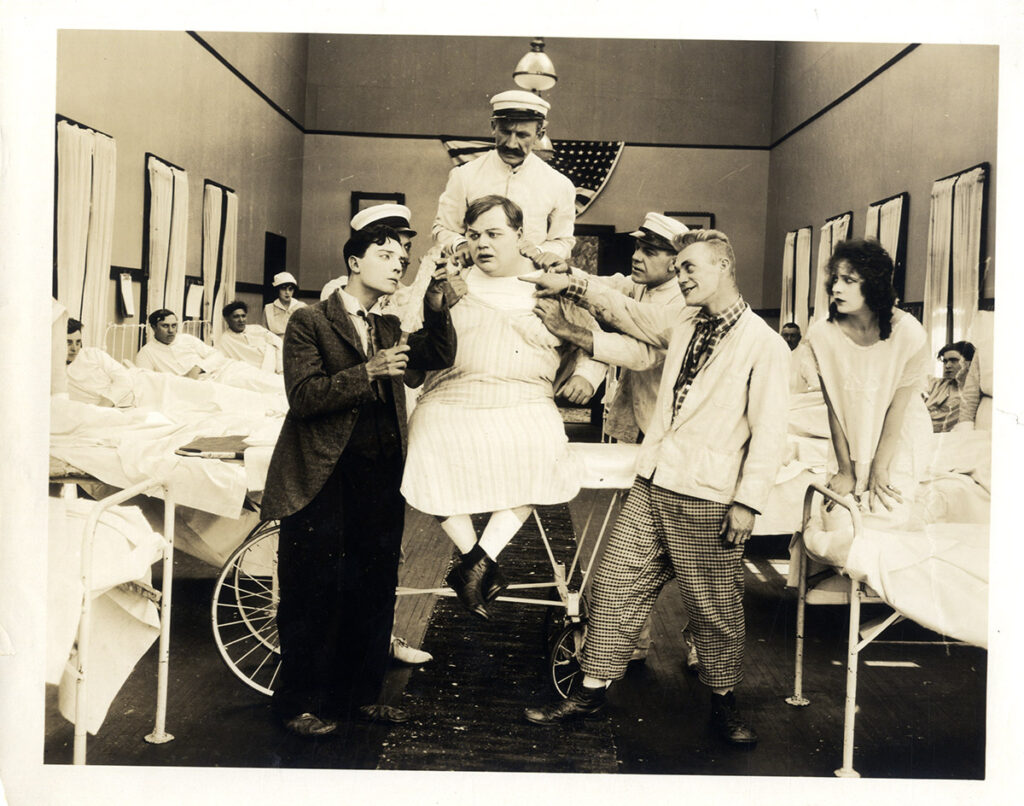 An extremely scarce photo that shows two of the legends of American silent film comedy. In this film, the action centers in a sanitarium that Fatty Arbuckle’s character was involuntarily brought to by his wife to be operated on by Buster Keaton’s character for alcoholism.

It is highly unusual to find a photo showing the two of them.