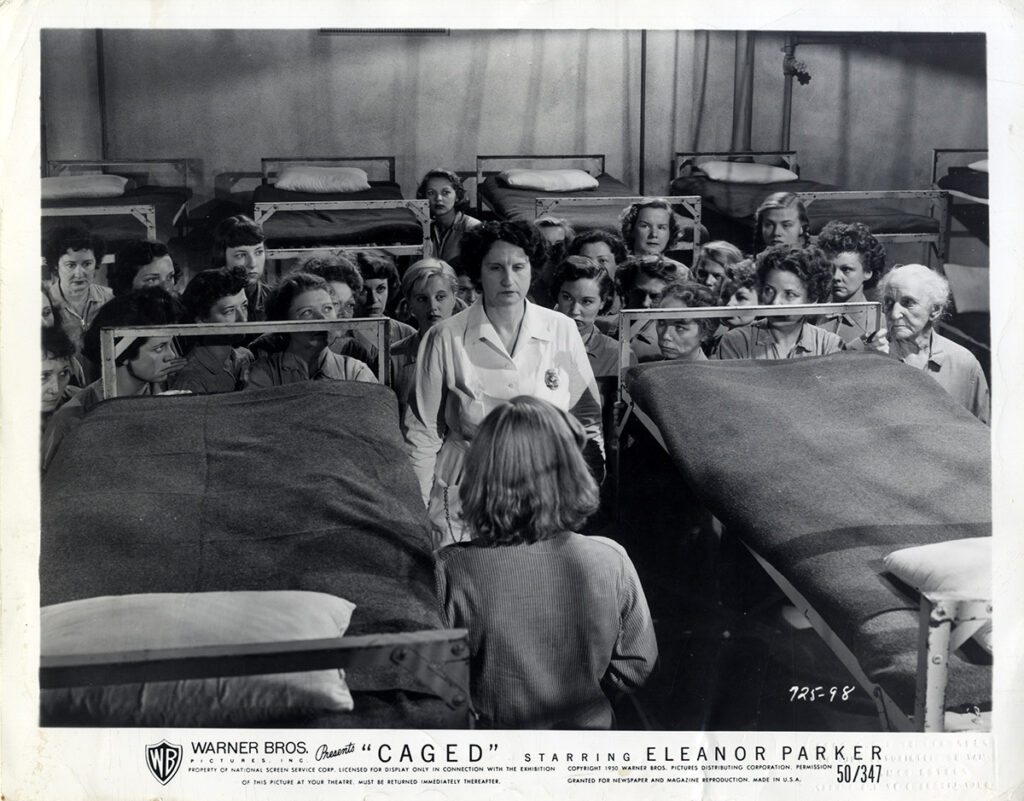 CAGED is a women’s prison film noir directed by John Cromwell and starring Eleanor Parker as an innocent young woman who becomes hardened by life in jail. The film is now widely seen to have very clear lesbian overtones, with a sadistic prison guard (Hope Emerson) and a temporary prisoner (Lee Patrick), both of whom a present-day viewer can only view as lesbians. Evelyn Harper (Emerson’s character) “thrives on S & M games… Her personality is depicted as a tough master who thrives on her control of her covey of female slaves.” Parish 41.

Parker is present in all three photos. One of them shows her facing the ruthless Emerson as other prisoners look on.