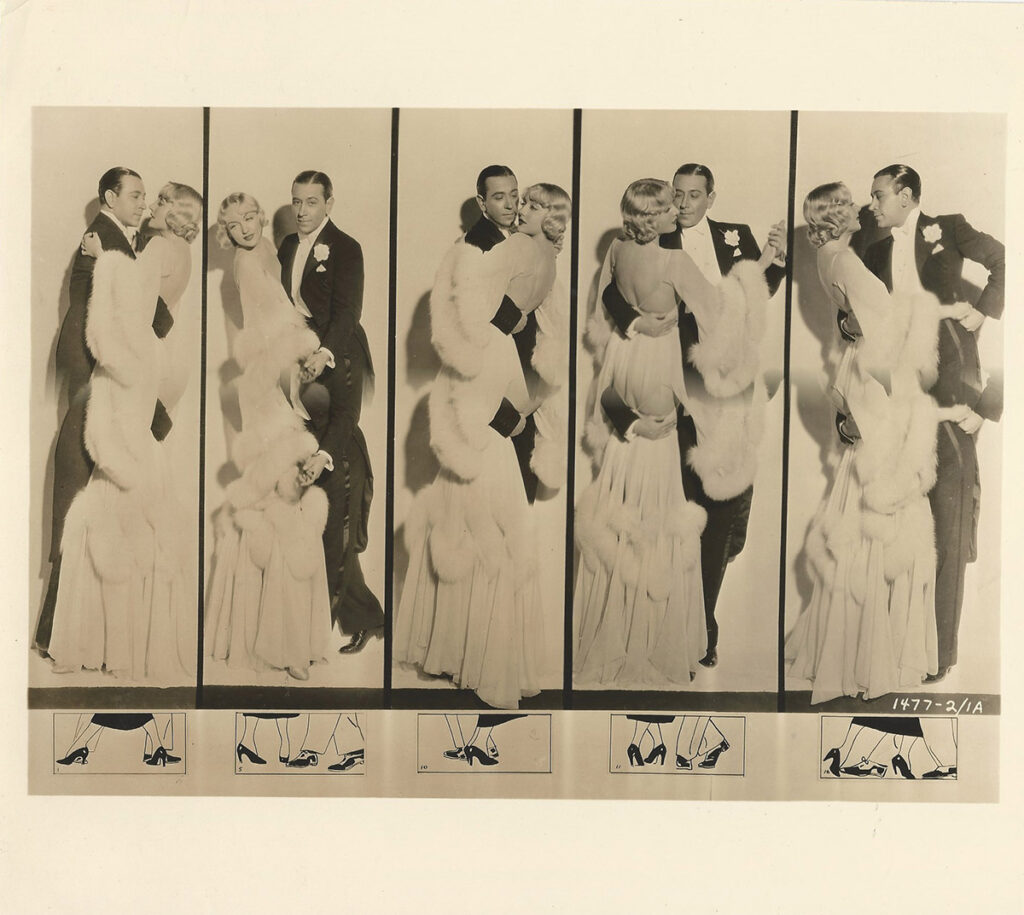 Though not known as musical dancing stars, Carole Lombard and George Raft made two musical dancing films together (Bolero in 1934 and Rhumba in 1935). They were made to compete with the Fred Astaire and Ginger Rogers films, though they were not overall musicals. Raft was deft at the dance style and Lombard kept up with him.

This publicity still demonstrates the dance footing for their routine in Bolero.