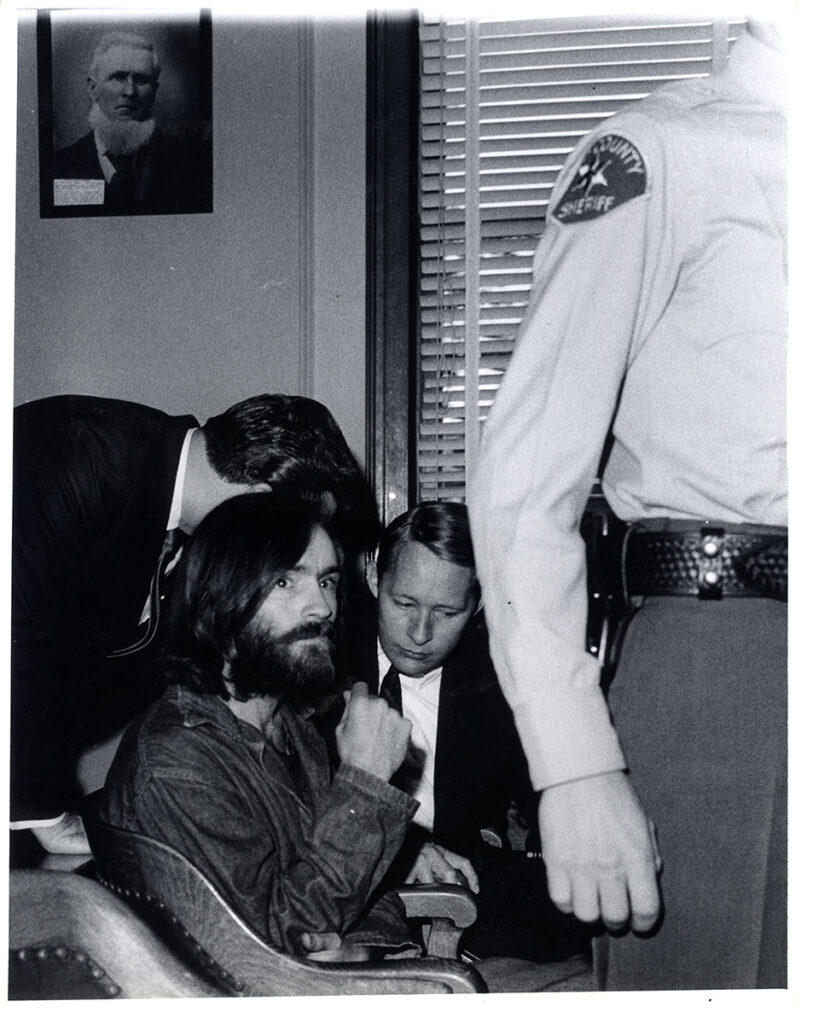 This is a personal archive of file copies of photos taken by Michael Haering, who was then a photographer for the Los Angeles Herald Examiner. In the course of his career, he was nominated for a Pulitzer Prize for his work.

The trial of Charles Manson and various of his followers (then known as the “Manson Family”) was a lengthy affair, beginning on July 15, 1970, and only concluding on March 29, 1971,when Manson and three followers were finally sentenced.

Among photos taken at the time of the trial, there are four photos that show Manson (including one with his second lawyer, Irving Kanarek [Manson’s followers had previously killed his first lawyer]). There are various other photos of Patricia Krenwinkel, Susan Atkins (one with her attorney Richard Caballero), Linda Kasabian, Tim Watson and Vincent Bugliosi (the lead prosecutor).

Among other photos, there is one of the bathroom sink at the Barker Ranch (where Manson was hiding when he was arrested), along with various other photos of the Barker and Spahn Ranches, in which we see such other family members as Squeaky Fromme, Dianne Lake, Mary Brunner and Steven “Clam” Grogan.

As the personal archive of photographer Haering, this is a remarkable visual compendium of images reflecting this traumatic incident in California history.