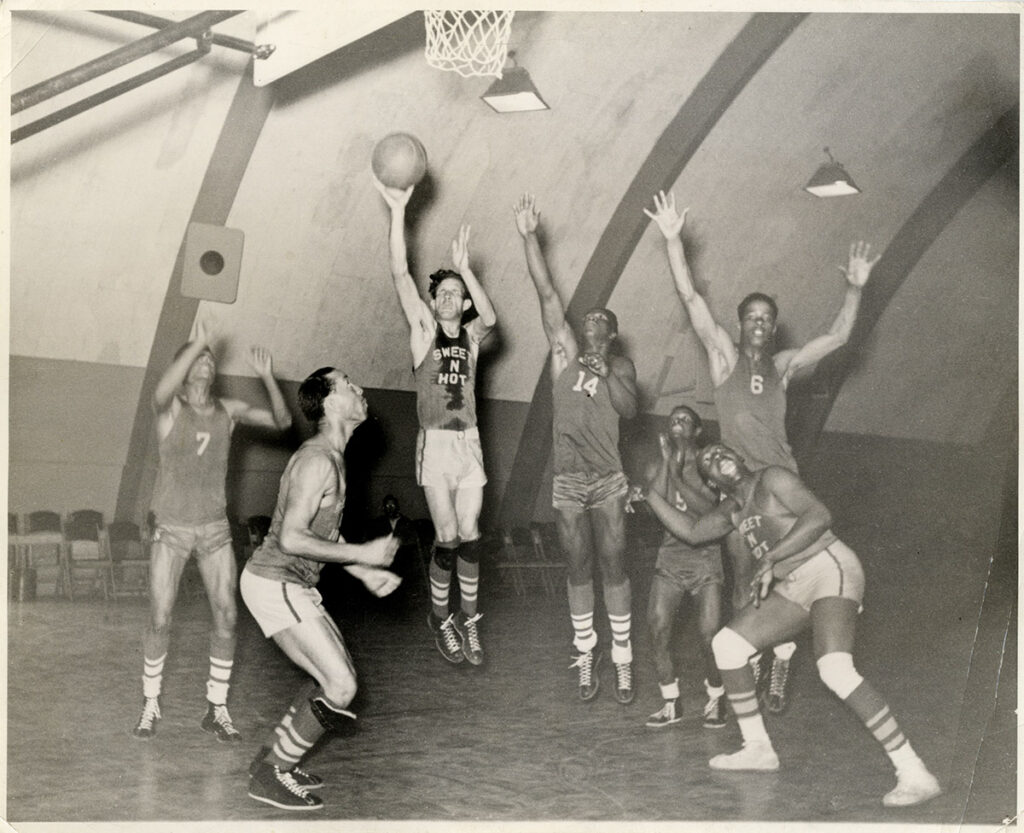 CHARLIE MINGUS ON THE BASKETBALL COURT (1944)

There was a period in Los Angeles Black entertainment history when many night clubs, traveling musicals and bands would form their own basketball teams. This is a photo of seven musicians and performers who were appearing in the musical SWEET N’ HOT, promoted as “The Greatest Negro All Star Musical to Hit the Coast”. The show ran for eleven weeks at the Mayan Theatre in downtown Los Angeles and featured a young Dorothy Dandridge.

The legendary jazz composer and bass player Charlie Mingus can be seen at the right under the light. He grew up in the Los Angeles Watts area, and would have been all of 20 years-old when the photo was taken. Among the others seen here are Leonard Reed, Lee Young (Lester Young’s brother), Sneaks of the Sneaks and Emil dance team, tenor player Maxwell Davis, Calvin Jackson, Marques Haynes and Carmen O’Leary. Accompanied by a letter from jazz scholar Bill Reed. An extraordinarily early photo of the great Mingus.