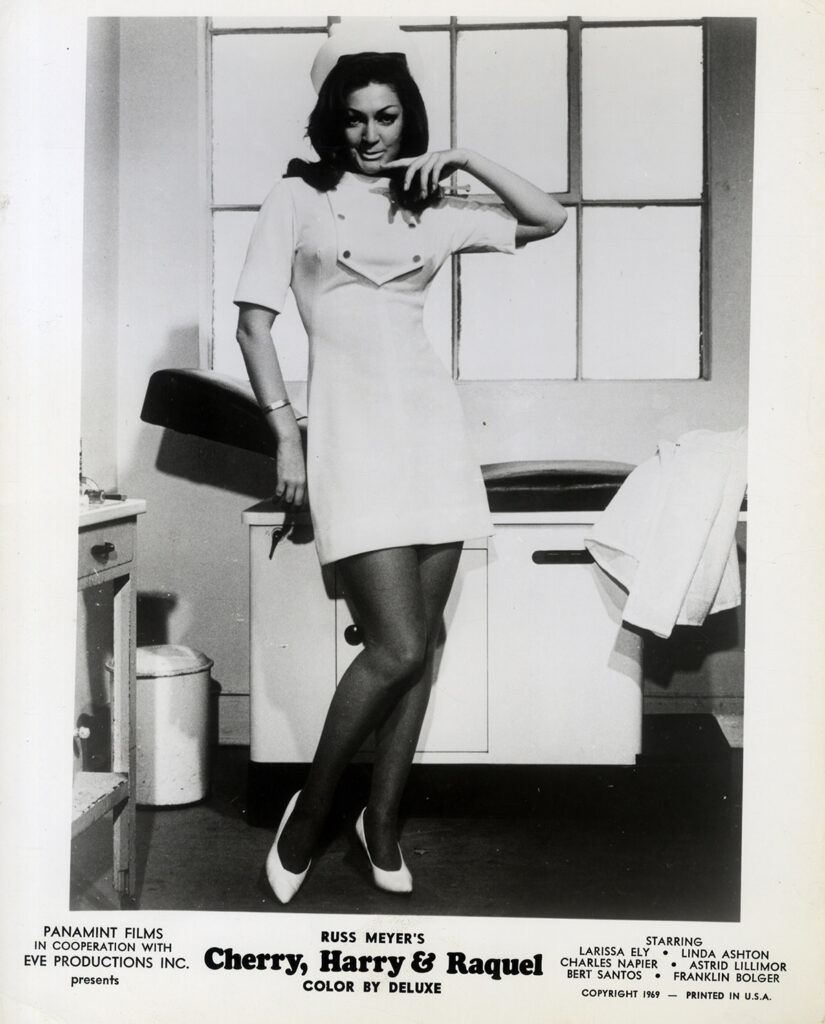 [Hollywood:] Panamint Film, [1969]. Set of twenty (20) vintage original 8 x 10″ (20 x 25 cm.) black-and-white photos, USA. FINE. Director Russ Meyer brought the cast of CHERRY, HARRY & RAQUEL! to Panamint Valley in California to shoot this lusty exploitation film. Meyer’s films were always ahead of their times in that they focused on women as sexually proactive, rather than simply objects of male desire. And this was the first such film to show a man’s penis.