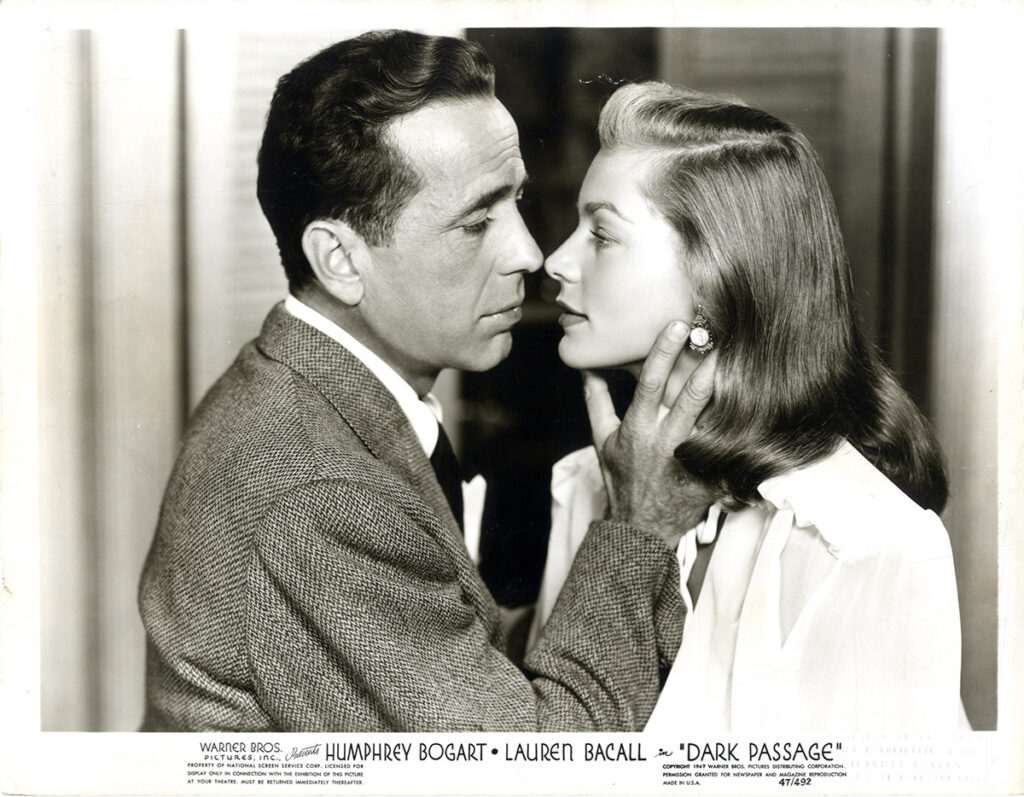 Delmer Daves was writer-director for this film noir classic, in which Humphrey Bogart undergoes plastic surgery to change his appearance, after he escapes from San Quentin where he has been sent after being convicted of the murder of his wife. He hitches a ride with Lauren Bacall, at the start of this film noir classic, to find out who killed his wife.

This photo is of a romantic close-up of Bogart and Bacall.