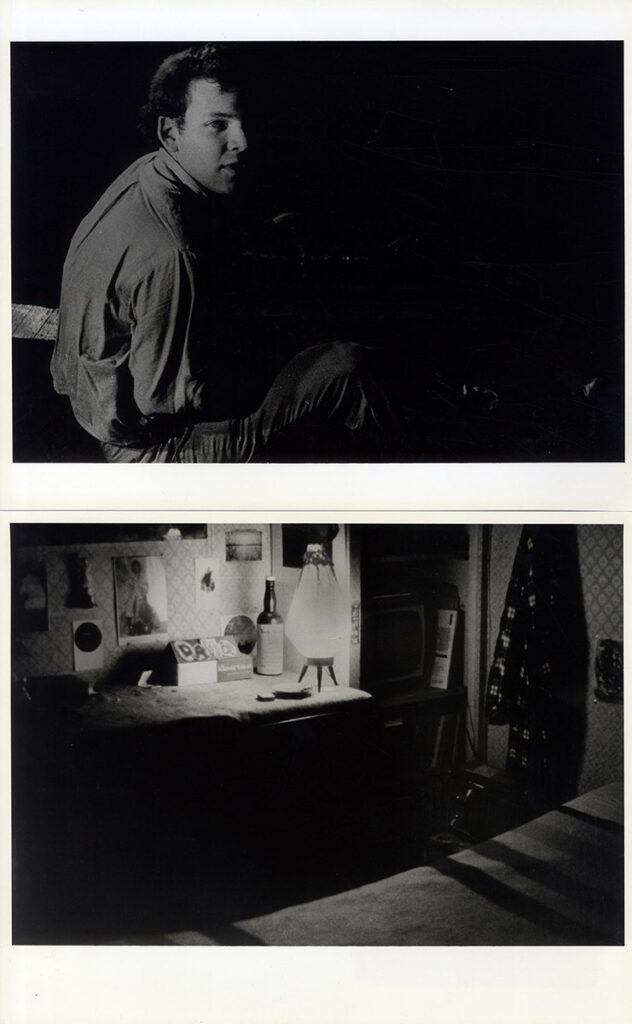 “Born in 1944 in Chelsea, Massachusetts, David Brooks entered Columbia University in the early 1960s, where he immersed himself in the study of philosophy and psychology, with a particular interest in psychoanalysis and the work of Freud. During this time Brooks met critic and filmmaker Jonas Mekas and immediately got involved in New York’s burgeoning independent and experimental film scene. By 1962 Mekas had personally enlisted Brooks, then only 18 years old, to be the first Executive Director of the newly established Film-Makers’ Cooperative. He compiled the Coop’s first distribution catalog that same year. Brooks soon left Columbia to dedicate himself to making films. For an all-too-short window, he was a leading filmmaker of his era, his films screening in programs with the likes of Bruce Conner, Ron Rice, and Stan Brakhage. He eventually took a film teaching position in 1968 at Antioch College in Yellow Springs, Ohio.

“Sadly, Brooks only completed six films before his tragic death in 1969, at age 24. His singular films, which typically combine mesmerizing sound collages with lush imagery from his daily life, are lyrical, personal, honest, and transcendent. (Marcos Ortega, https://expcinema.org/site/en/events/transcendent-cinema-david-brooks)

“David Brooks established himself during the 1960s as one of the most prominent lyricists of the experimental cinema. His work was eclipsed by his early death in 1969 at the age of twenty-four and throughout the next decade by the cooler, more controlled sensibility of structural film. As a consequence, his films are scarcely remembered today, which is particularly unfortunate since at least two of them — NIGHTSPRING DAYSTAR and THE WIND IS DRIVING HIM TOWARD THE OPEN SEA — deserve a place as among the most important films of this period.” (J.J. Murphy, Film Culture)

“That Brooks’ films are as fresh now as the day they were made is a fact that must be faced.” (film critic David Ehrenstein)

One of the two photos is a portrait of Brooks, the other is an image seen in several Brooks films, including WINTER and THE WIND IS DRIVING HIM TOWARD THE OPEN SEA.