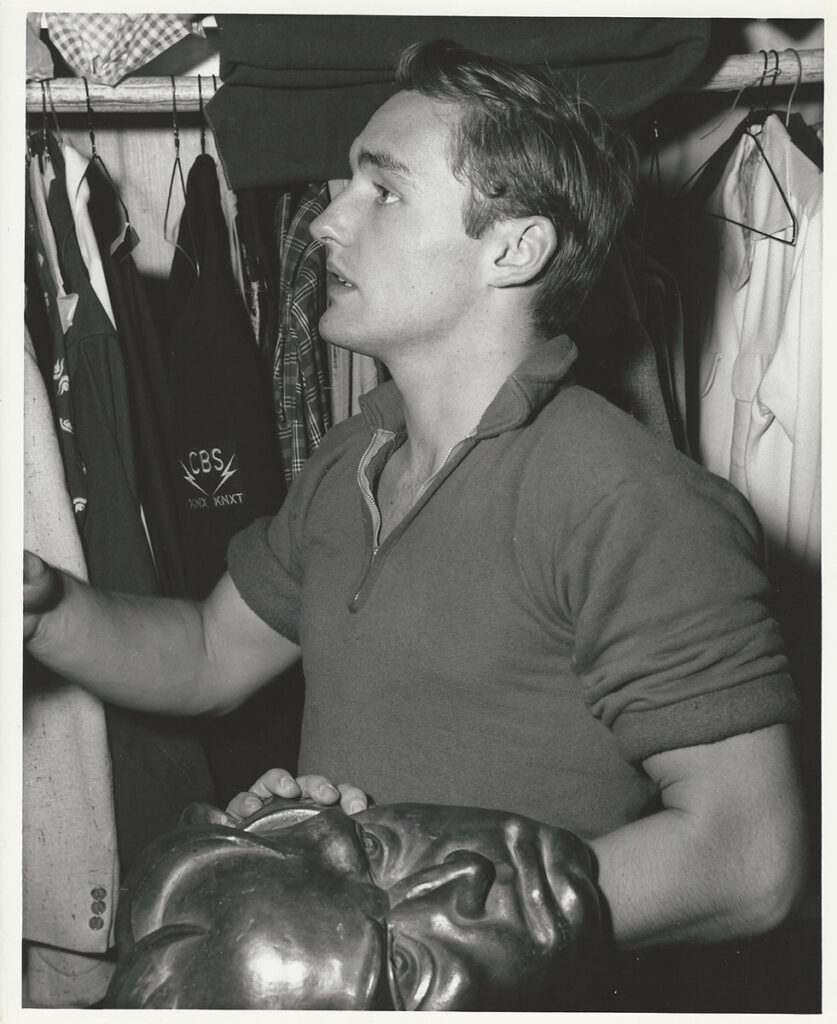 Dennis Hopper would have been about 19-years-old when these photos were taken. He began his film career with appearances in REBEL WITHOUT A CAUSE and GIANT, and Warner Brothers released these images, mostly of him at home, to promote his fledgling career.