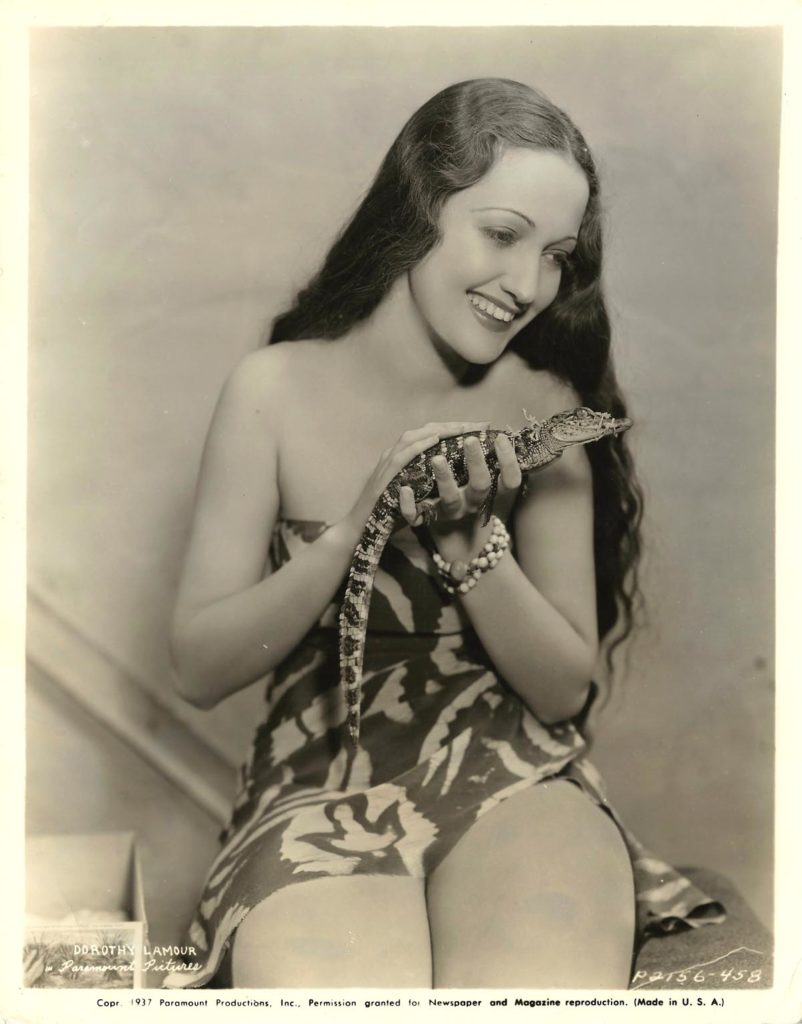 Born in New Orleans, the stunning and sultry Lamour was crowned Miss New Orleans in 1931, then became a band singer and radio performer. She worked her way up with bit roles in films before her breakthrough role in THE JUNGLE PRINCESS. The film was released at Christmas 1936, and she became an iconic film figure wearing her sarong (supposedly designed by uncredited Edith Head).

Paramount had a gold mine and promoted Lamour in a host of sarong-type wear throughout 1937, no matter the period or setting of the films she was making (including SWING HIGH SWING LOW, THRILL OF A LIFETIME and the historical musical HIGH, WIDE AND HANDSOME). Dorothy and her baby crocodile appear to have been photographed during production of THE JUNGLE PRINCESS. Still is coded P2156-458. Paramount copyright at bottom.