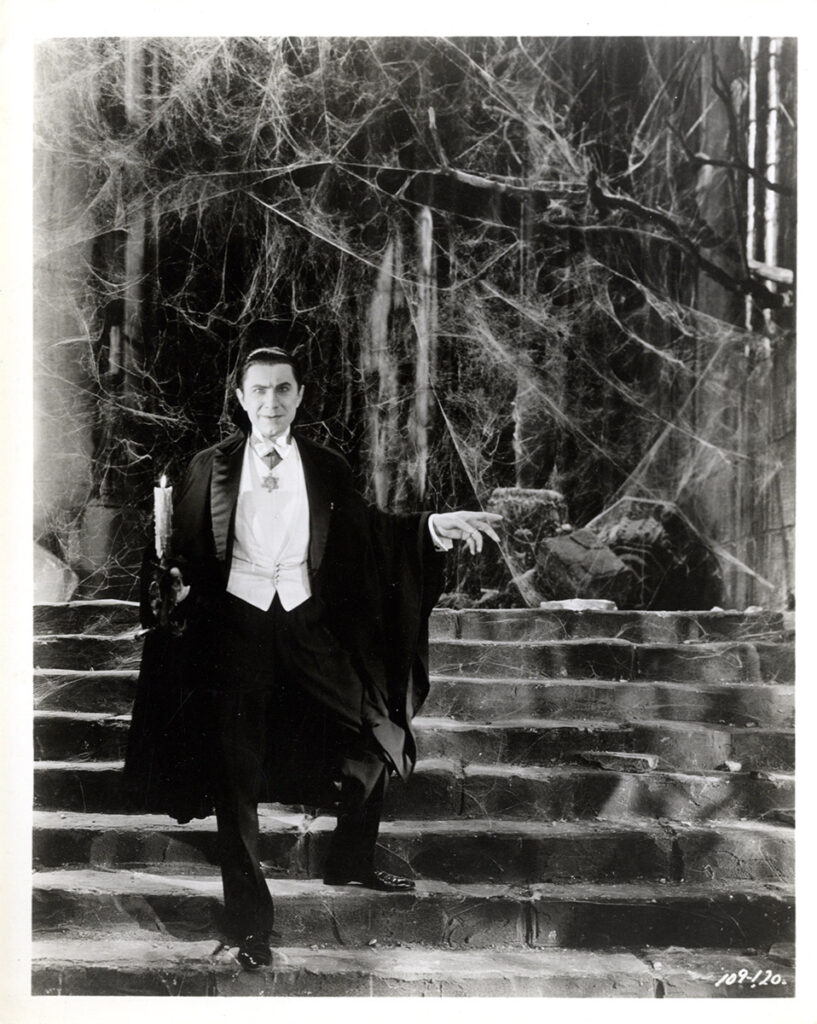 A classic image from the iconic movie version of the Bram Stoker novel. Photo coded #109-12. It is possible that this is actually from an earlier release of the film, and it is definitely not from the later re-release by Realart in the 1950s (which has different coding).