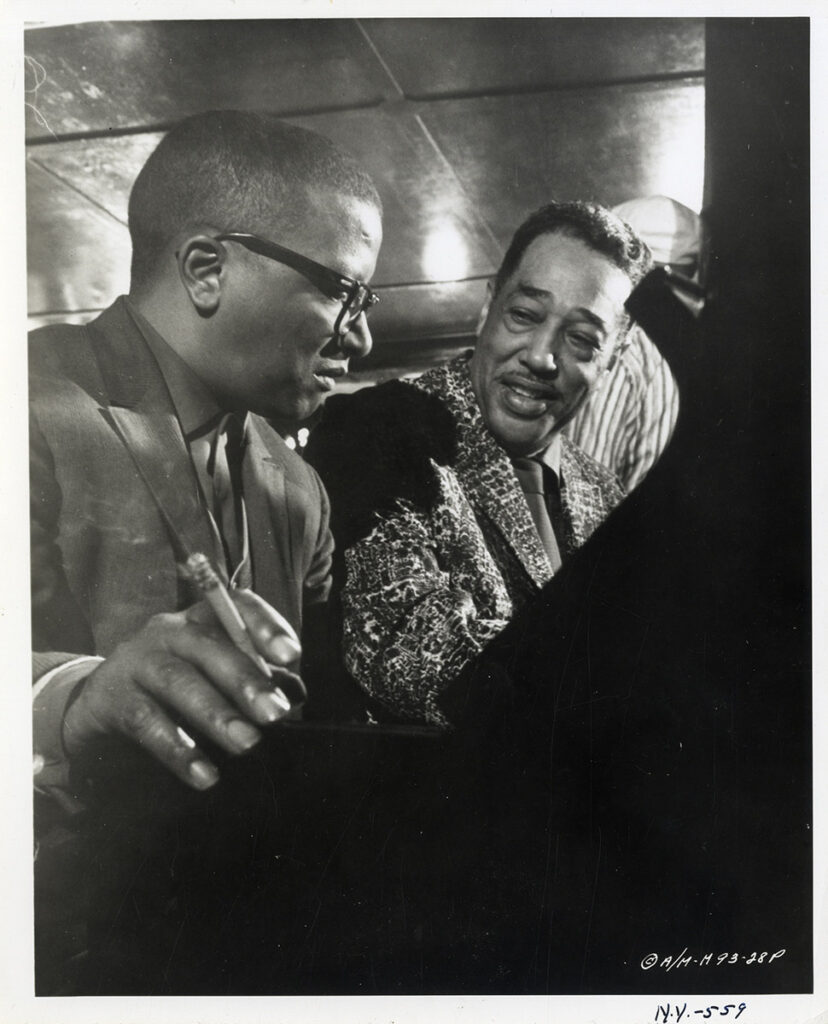 When Duke Ellington created the soundtrack for Otto Preminger’s ANATOMY OF A MURDER, he was the first African American to write the music for a major Hollywood film.

Here is one pensive photo of Ellington, and a portrait of him with Billy Strayhorn, who wrote his arrangements (and wrote many of his most famous tunes, sometimes uncredited). Photos of Strayhorn are quite scarce.