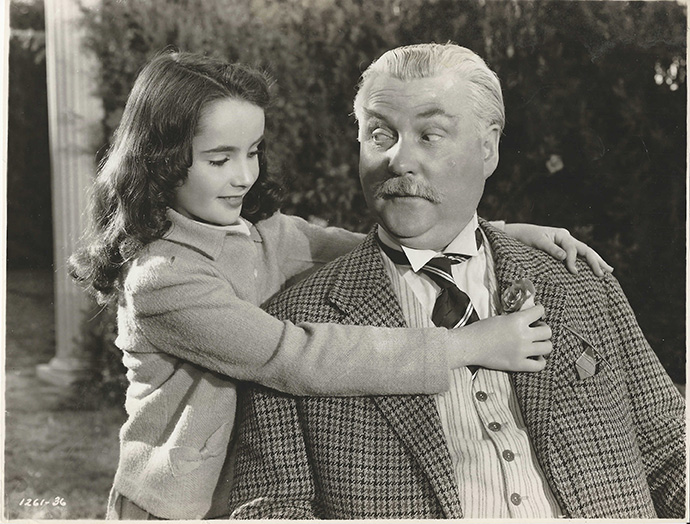 Vintage original 7 ½ x 9 ½” (18 x 23 cm.) black and white single weight glossy silver gelatin print still photo, USA. Roddy McDowall, Donald Crips, Dame May Whitty, Elizabeth Taylor, Nigel Bruce, dir: Fred M. Wilcox; Metro-Goldwyn-Mayer. Elizabeth Taylor made her MGM debut in this, just her second film. She would make films for MGM for the next 25 years, with an occasional trip to another studio. Even at this young age, her adult beauty was present. The star was Pal, the female collie who played the hero of seven films about the adventures of Lassie. The blank white margins of this photo have been slightly trimmed for publication. It is coded 1261-36 and has minor corner creasing and horizontal scratches top to bottom on the right half of the photo and some loss of emulsion along the top right edge. These do not show when viewing the photo straight on. VERY GOOD.