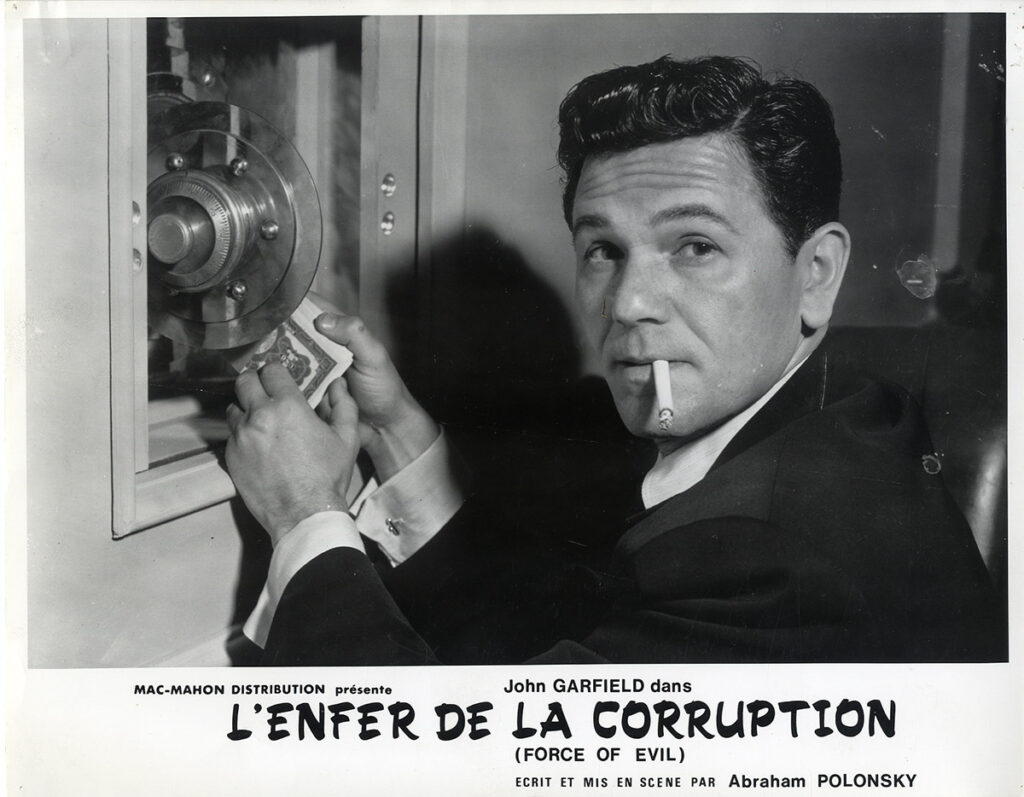 Abraham Polonsky’s debut as film director, and a film whose dialogue, as Martin Scorsese has pointed out, sometimes rises to the level of Shakespearean blank verse.

Silver, Ward, Ursini, Porfirio, p.113: “Gambling syndicate lawyer Joe Morse [John Garfield] is bound by a set of ethics that he does not fully understand. He uses his own fear of failure and the ability to make easy money to justify his role in ‘legalizing’ a large-scale numbers racket.”

Spicer, p. 95: “One of the most moving and memorable of the socially conscious left-wing cycle of films noir before the blacklist took its toll.” Selby, p. 47. Grant, p. 245.

These photos from the film’s first French release are of excellent quality.