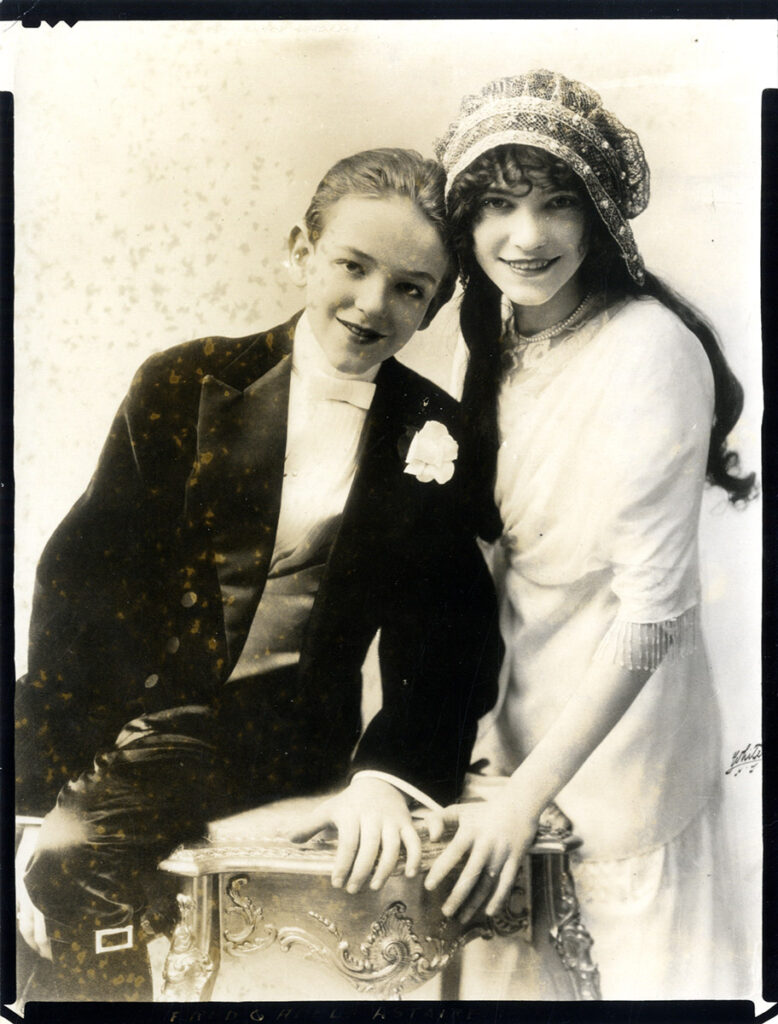 Prior to their Broadway careers (1917-1932), the brother and sister duo honed their talents playing the vaudeville circuits. Three years apart, with Adele born in 1896 and Fred in 1899, they found it difficult getting bookings prior to 1911 because of their awkward growing spurts.

Once Fred appeared to be taller than his sister, the two learned some new dance routines with the help of dance instructor Aurelio Coccia and became a hit on the circuit, which led to them being noticed by the Shuberts and to the start of their Broadway reign.

This portrait appears to capture them in their adolescence, likely at ages approximately 12 and 15 years-old.