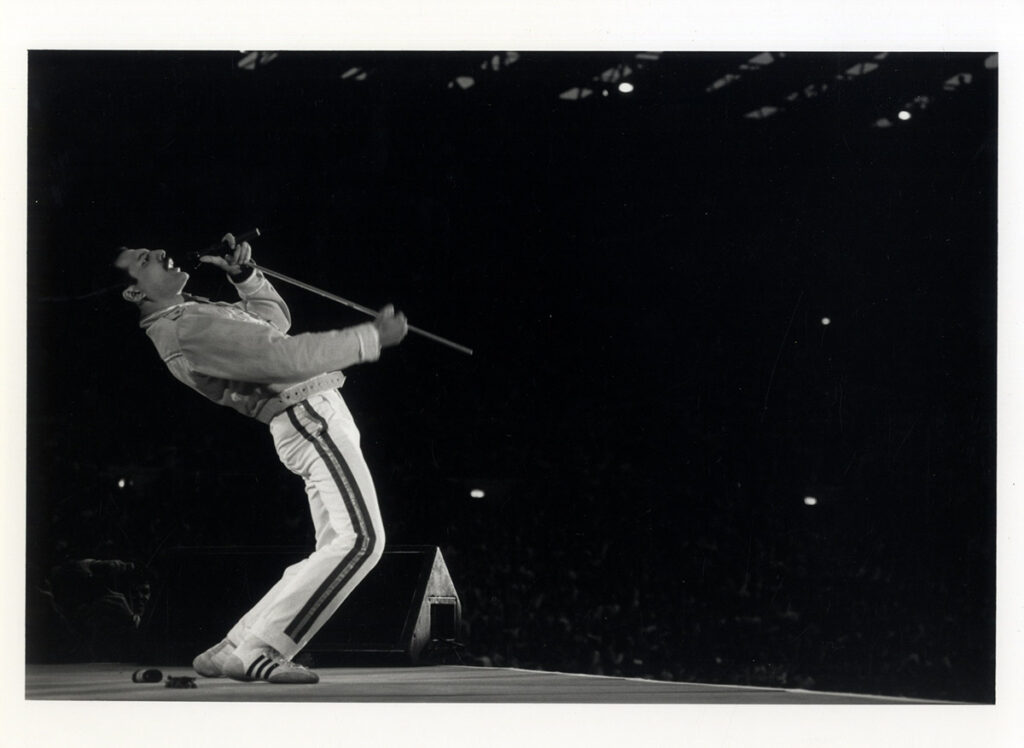 Freddie Mercury, alongside his band Queen, was one of the quintessential stadium rock performers of the 1970s and 1980s. Mercury, who had a number of long-term same sex romantic relationships, died of AIDS in 1991.

“Mercury was noted for his live performances, which were often delivered to stadium audiences around the world. He displayed a highly theatrical style that often evoked a great deal of participation from the crowd. A writer for The Spectator described him as ‘a performer out to tease, shock and ultimately charm his audience with various extravagant versions of himself.’

David Bowie, who performed at the Freddie Mercury Tribute Concert and recorded the song ‘Under Pressure’ with Queen, praised Mercury’s performance style, saying: ‘Of all the more theatrical rock performers, Freddie took it further than the rest… he took it over the edge. And of course, I always admired a man who wears tights. I only saw him in concert once and as they say, he was definitely a man who could hold an audience in the palm of his hand.’

Queen guitarist Brian May wrote that Mercury could make ‘the last person at the back of the furthest stand in a stadium feel that he was connected’. Mercury’s main prop on stage was a broken microphone stand, which after accidentally snapping off the heavy base during an early performance, he realized could be used in endless ways.“

Mercury is featured in many of the photos. Some of them spotlight other band members. Many of the photos show the band onstage. One of them documents their famous performance at the 1986 Live Aid concert.