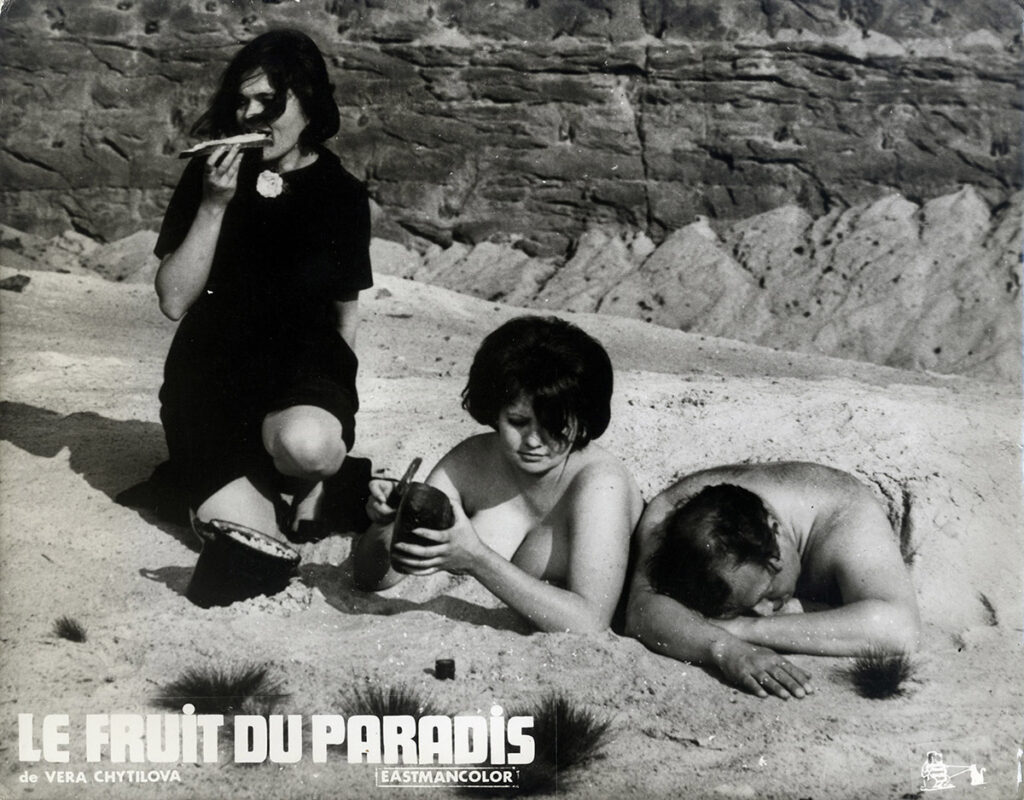 Second feature film by director Věra Chytilová, whose first feature, DAISIES, created an uproar at the time of its release. Chytilová was an experimental film maker and a strong feminist, whose career was suppressed by the Communist Czech government shortly after the Russian invasion of Prague in 1968.

FRUIT OF PARADISE is an avant-garde retelling of the legend of Adam and Eve, filtered through the lens of an audacious woman’s vision.