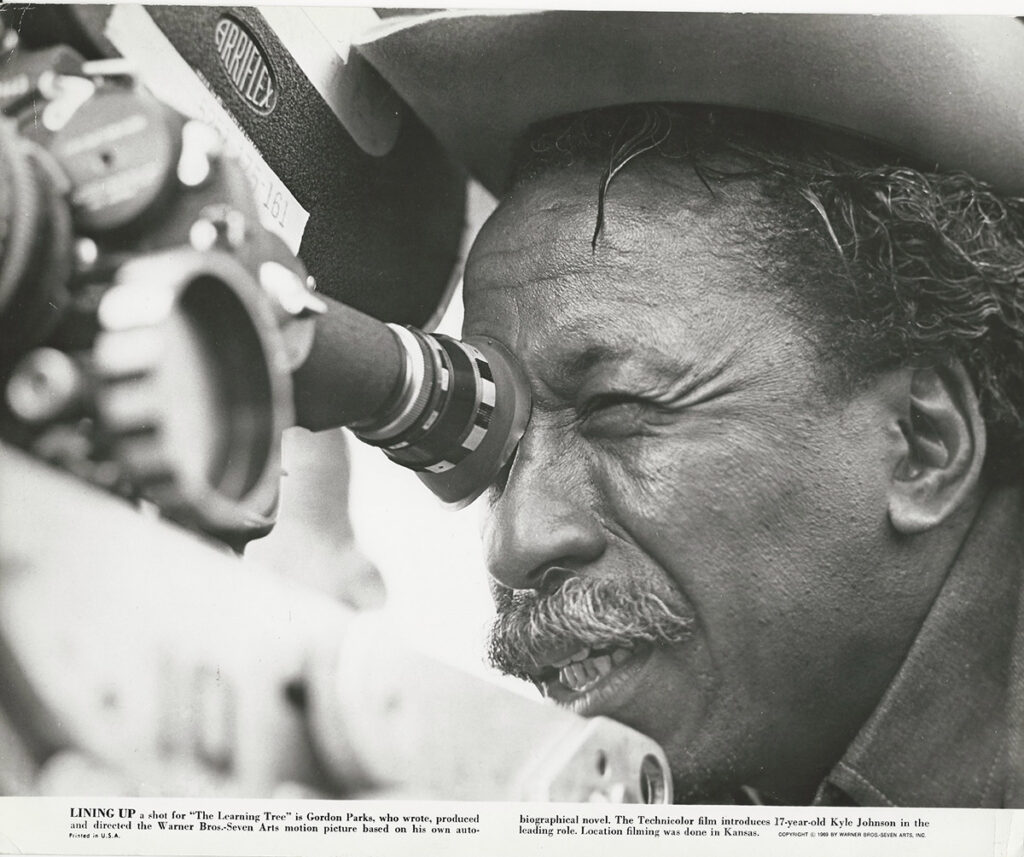 A tight shot of director Gordon Parks lining up an image for his second feature film, and the first film directed by an African American and financed by a major Hollywood studio.