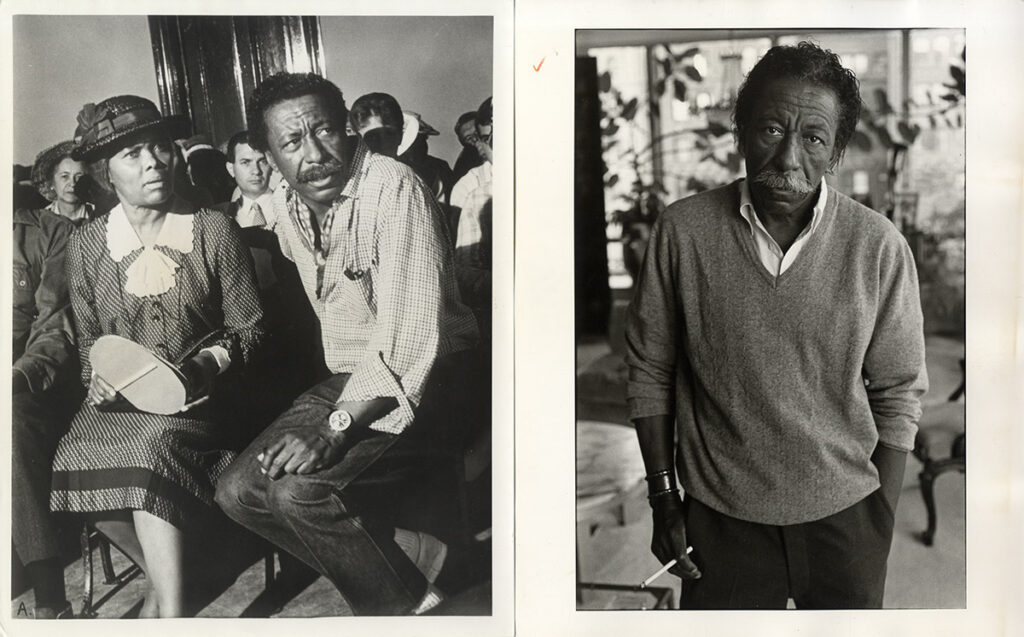 Gordon Parks was the first African American to direct a feature film for a major Hollywood studio, and the result was THE LEARNING TREE, a coming-of-age story about a Black teenager in Depression-era Kansas.

Although photos from this film do turn up from time to time, these are the first photos showing Parks that I have, to date, encountered. The double weight photo is a moody portrait of Parks. The other three show him with various cast members.