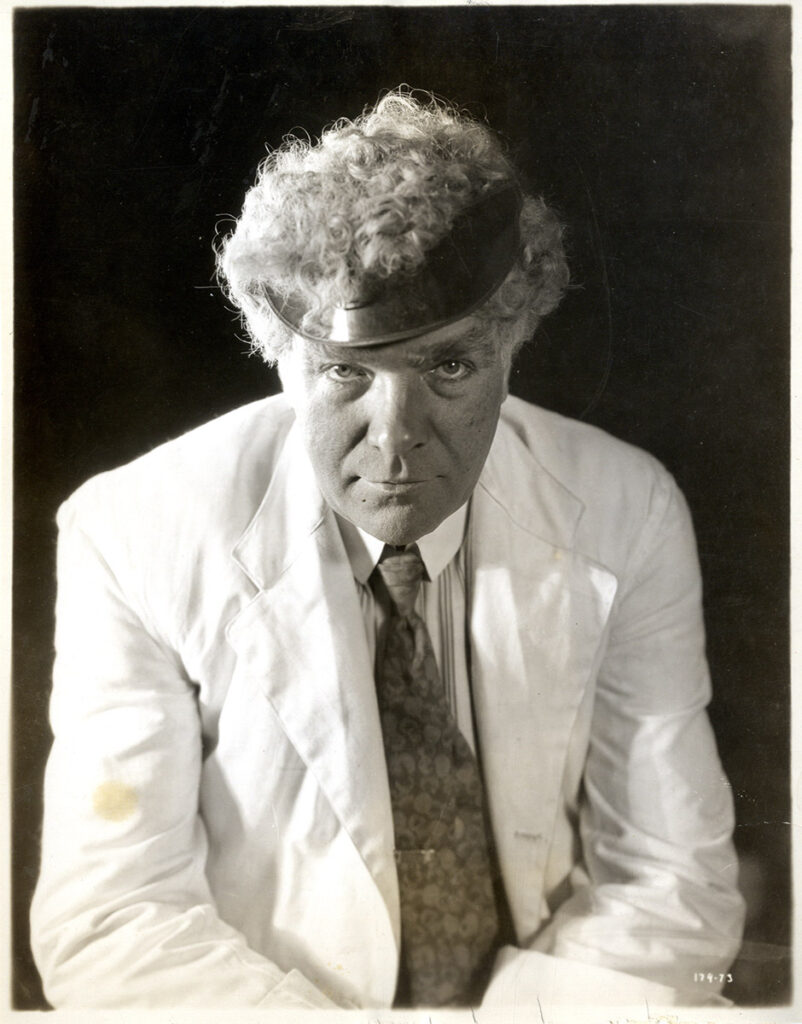 [Los Angeles: Metro-Goldwyn-Mayer, 1924]. Vintage original 9 1/2 x 7 1/2″ (18 x 23 cm.) black-and-white single weight glossy silver gelatin print still photo. There is archival tape along the edges of the verso though there are only some minor small tears to the very bottom blank white margin area. Near fine.

Erich von Stroheim’s controversial epic which would become the first MGM film released when the Metro Goldwyn and Mayer entities merged in 1924. Based on Frank Norris’ book McTeague, Gibson Gowland was cast as the lead character. This would be the one major starring role of his very consistent career in which he played character roles from the teens to the late-1940s.

Original paper blurb is attached to the verso discussing Gowland.