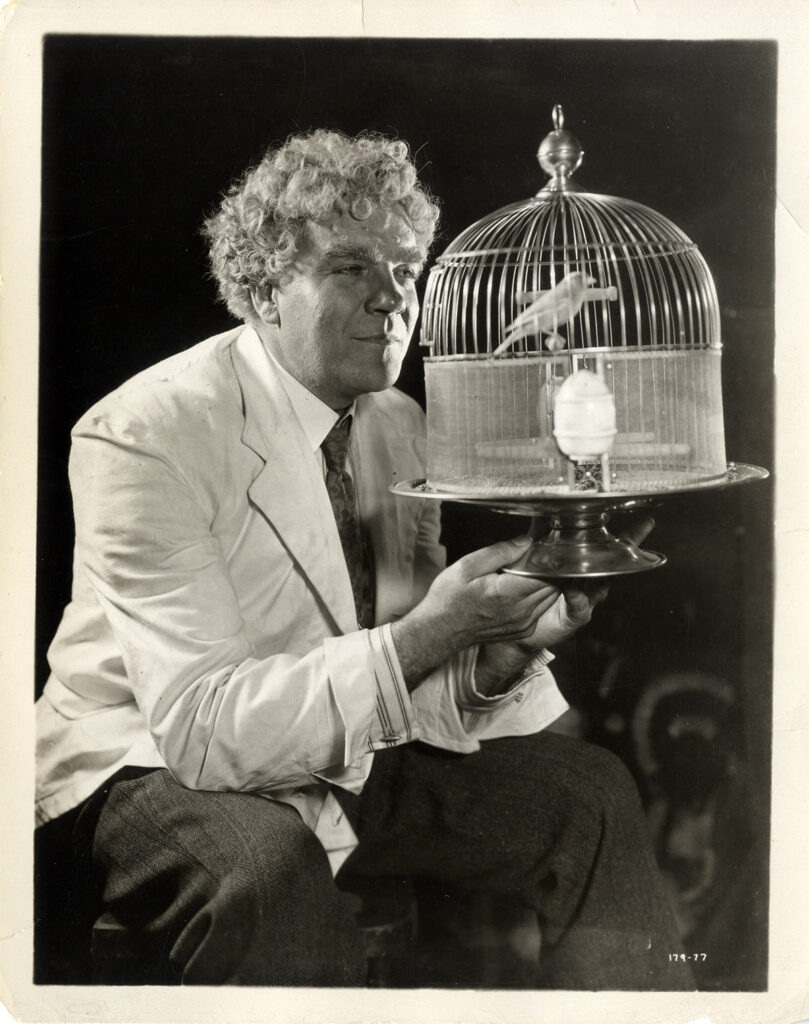 Portrait of Gibson Gowland as McTeague holding his pet parakeet in its cage, from the 1924 silent drama Greed. Late in the film, as he is wanted for the murder of his wife, he escapes to Death Valley where his former friend Marcus goes to pursue him.

At the film’s end, after a violent struggle between the two ends in Marcus’ death, McTeague discovers that his water canteen has been damaged. Knowing that there is no water left, he releases the parakeet as he awaits his death, but the bird cannot fly off in the extreme heat.