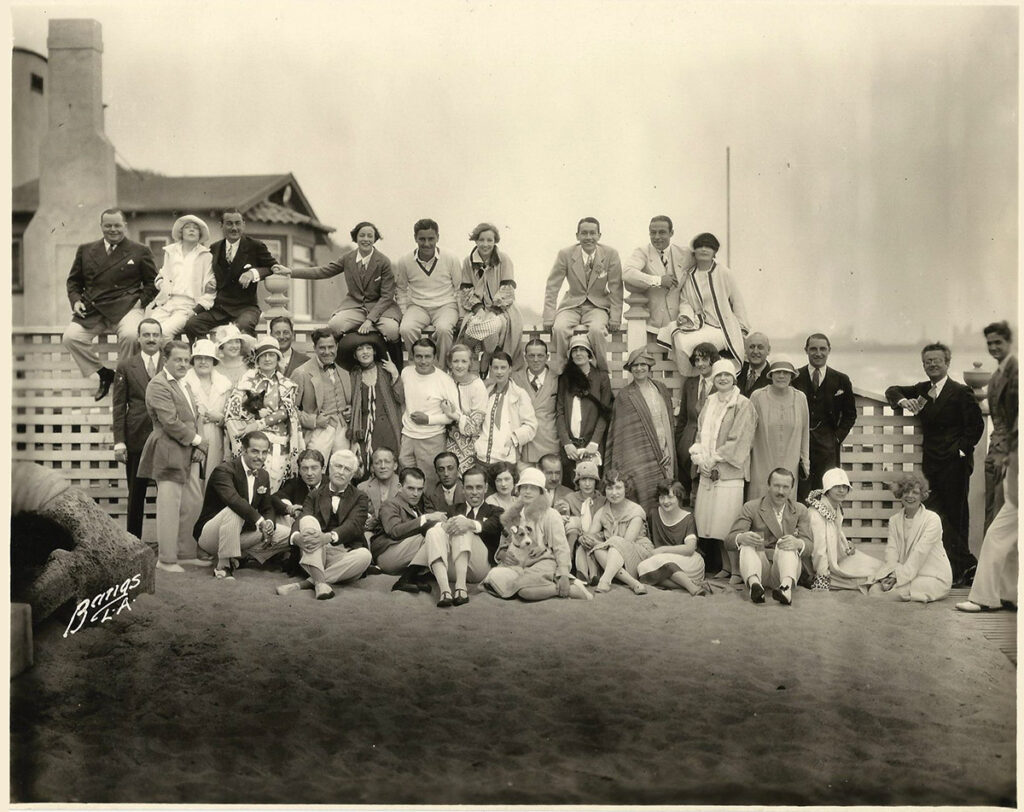 According to a print found with an attached paper blurb dated June 19, 1926, this image of eclectic Hollywood elite was taken for Richard Barthelmess’ birthday party at the Santa Monica beach home of Constance Talmadge. Other sources say that is was at the beach home of her sister Natalie Talmadge (Mrs. Buster Keaton). Both had homes at the beach at the time; Constance’s home was at 1020 Beach Road (now Pacific Coast Highway).

Barthelmess’ birthday fell in May and he had gathered an interesting group, including Rudolph Valentino (who would die just a few months later while on tour in New York City); Beatrice Lillie (in town to make a rare film appearance in EXIT LAUGHING) and Fatty Arbuckle (still part of the crowd though working only in uncredited bits).

Those in the photo are:

There are no condition issues.