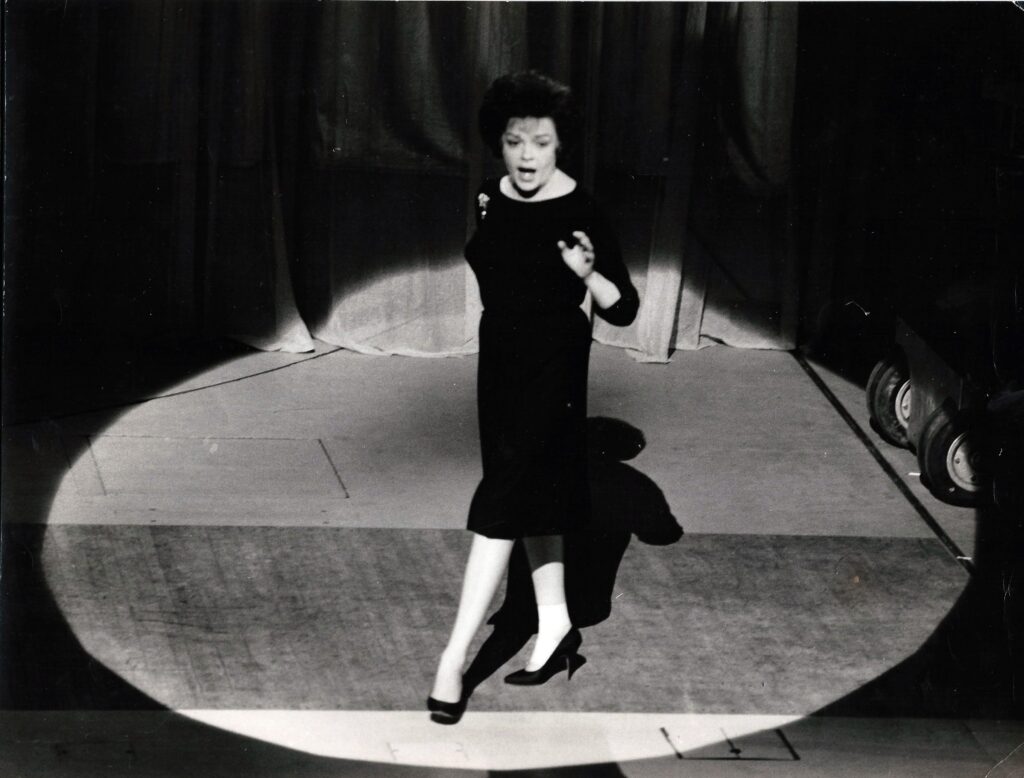 Riding the wave of another surge in her success due to epic concert touring, Judy again returned to filmmaking in the early-1960s. Venturing to England to work on this semi-autobiographical film, Judy performed as she did live at the famed Palladium.

In these two images she performs the title song. FINE.