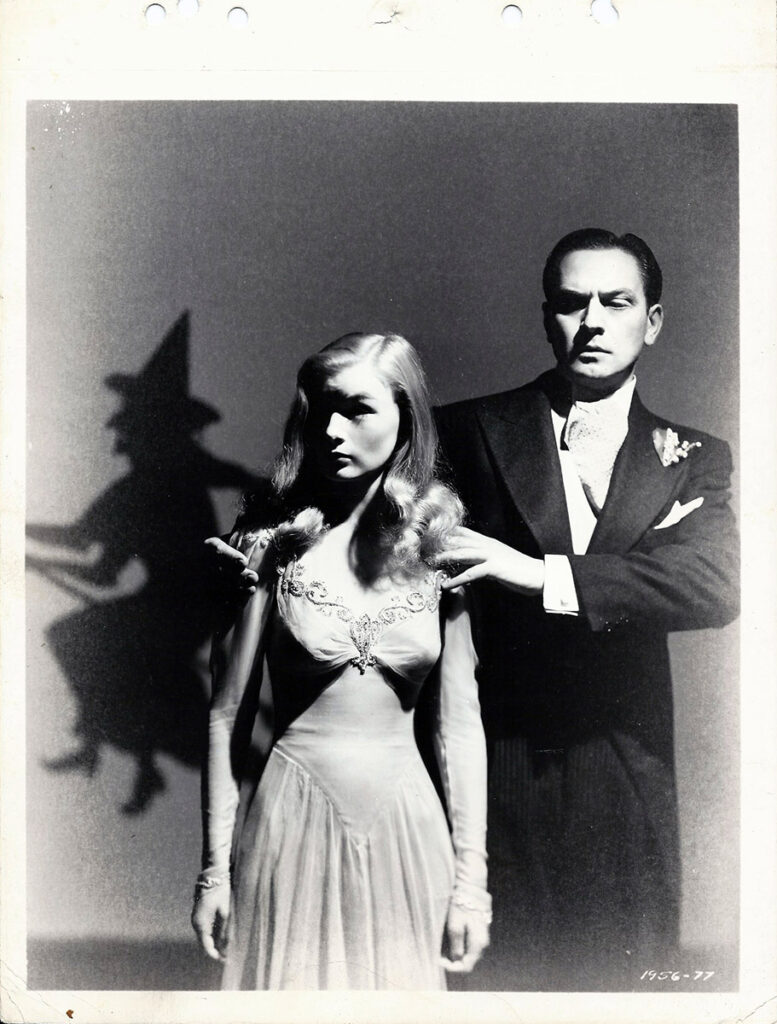 Sophisticated comedy about a witch resurrected from the 1860s, with well-timed comedic performances. Veronica Lake played a menace to Fredric March, which worked well in characterization as both disliked each other and pranked each other behind-the-scenes.

A wonderfully atmospheric keybook publicity still including imagery of a witch. Coded #1956-77.