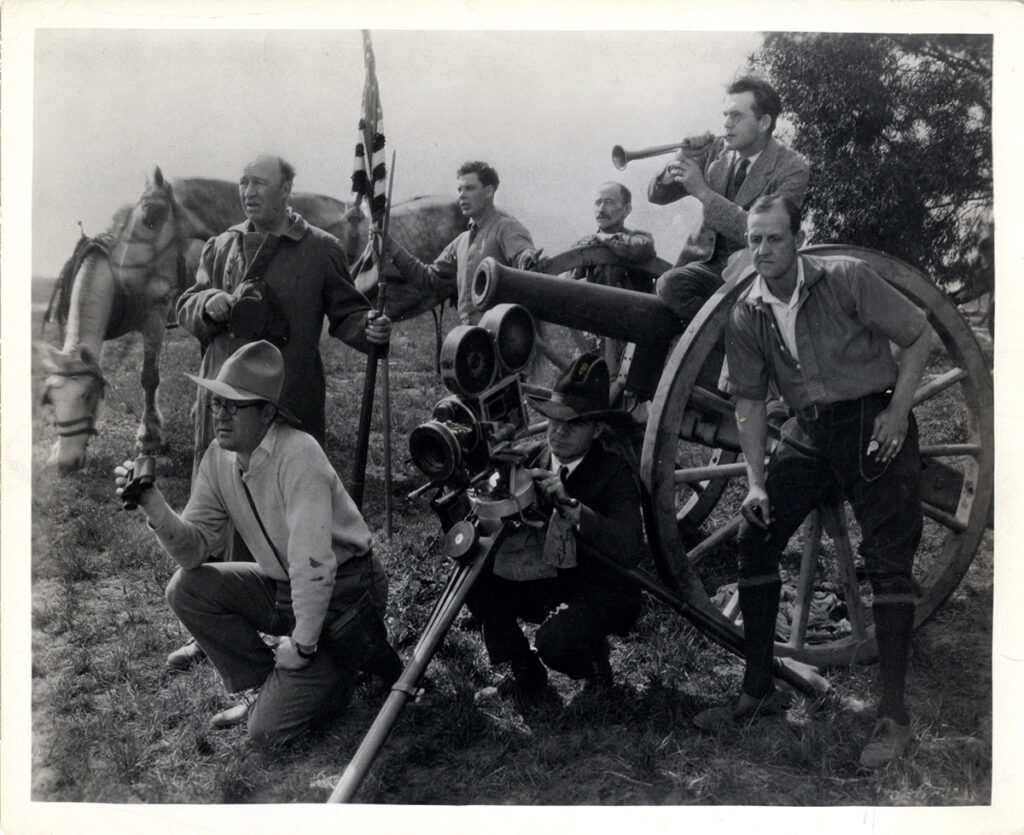 A behind-the-scenes photo of John Ford directing this epic Western. Behind him is actor J. Farrell MacDonald; the costume he is wearing, and the rifle which he is holding, clearly identify this film (in which he can be seen with both). Also, to MacDonald’s left is a man holding an American flag, who is almost certainly “Lefty” Hough, who was this film’s prop master.

Photos of John Ford in the silent era are very scarce.