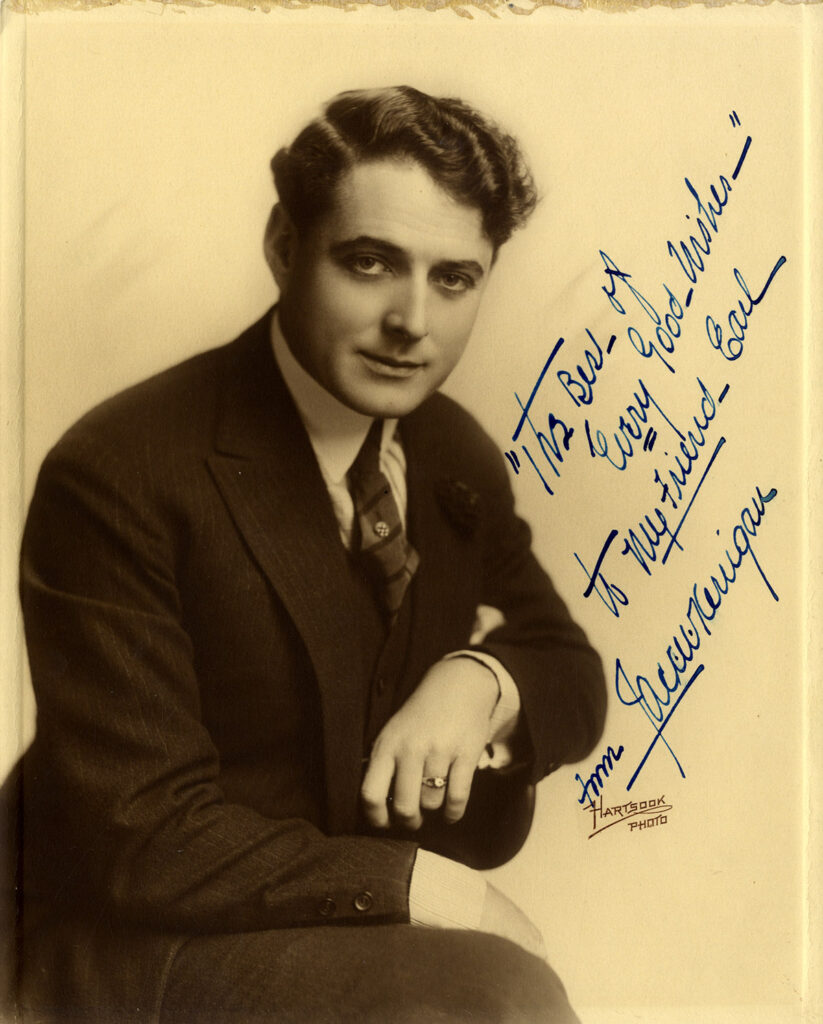 Portrait of Kerrigan, then at the height of his fame as a star in the nascent Hollywood silent film industry, with personalized sentiments to a person named Earl G. Reed, and with notes on the verso written by Reed, who was apparently a Los Angeles police officer who came to know many movie stars while on patrol at the corner of Hollywood and Vine.