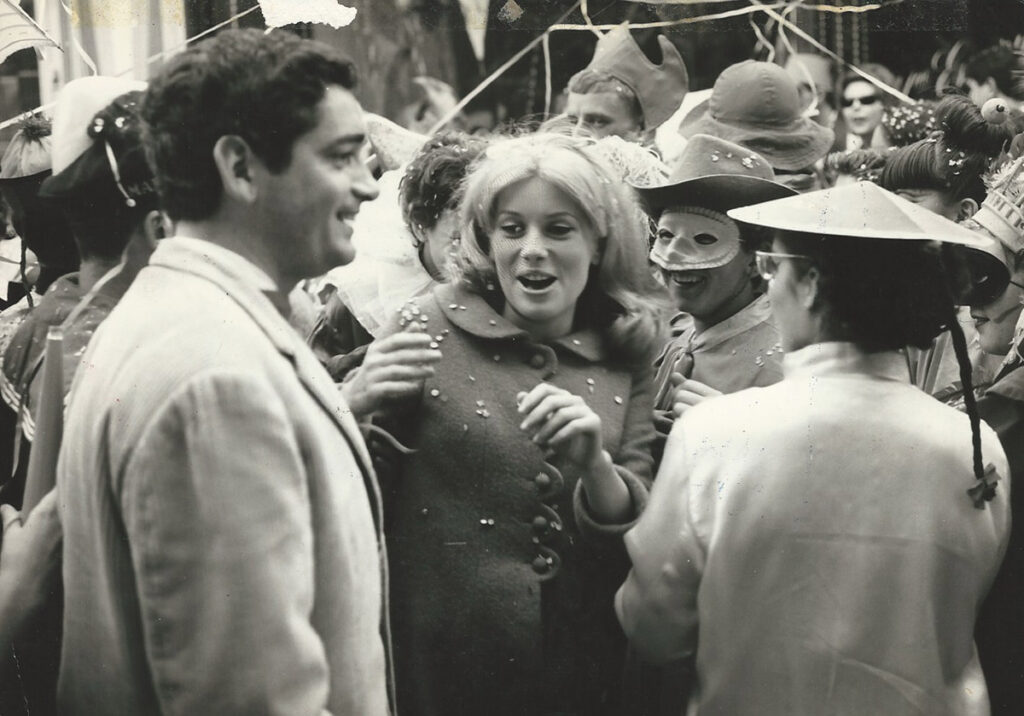 Classic film musical Les Parapluies de Cherbourg (The Umbrellas of Cherbourg) in which the entire film is sung. Catherine Deneuve made a huge impact as a young woman who falls in love with a young man who is called off to war, bears his child, but ultimately has to marry someone else.