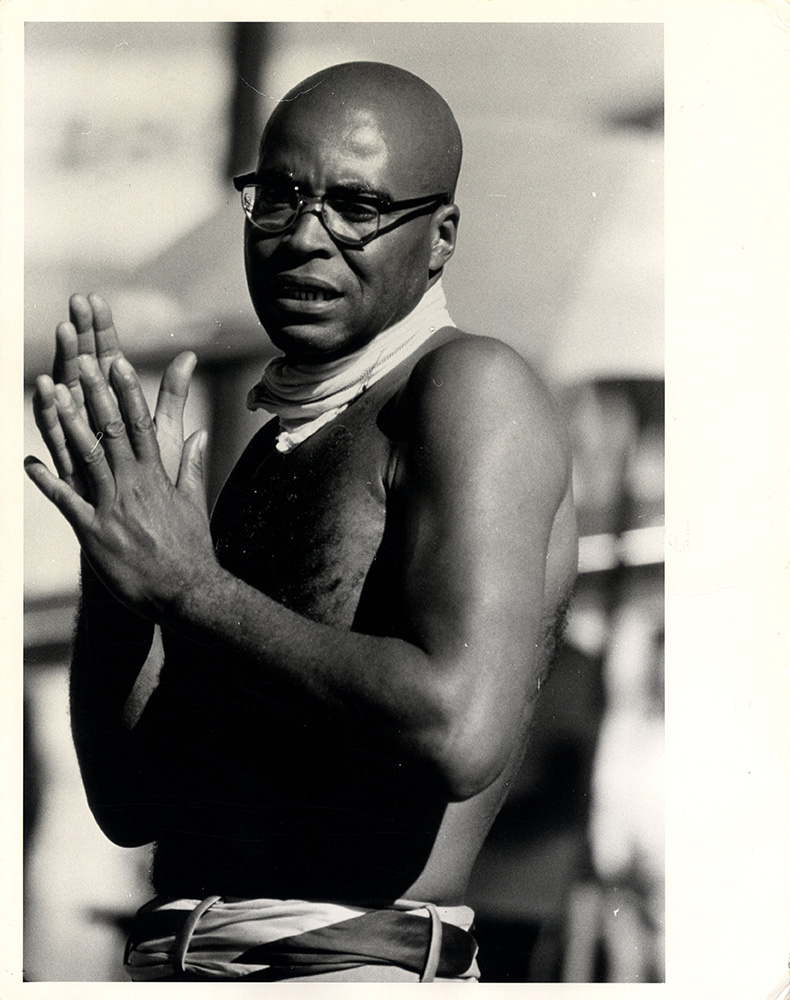 This photo is a magnificent portrait of a shirtless Johnson (Jones).