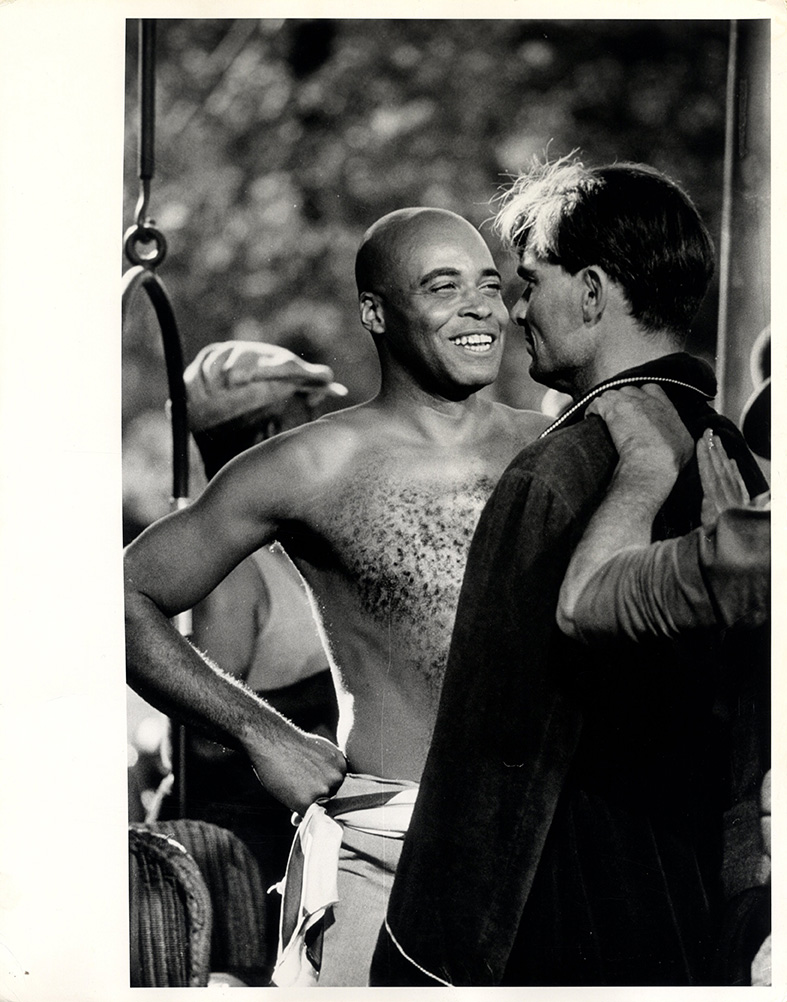 This photo is a dramatic image of a smiling, shirtless Johnson (Jones) defiantly confronting a white rival.