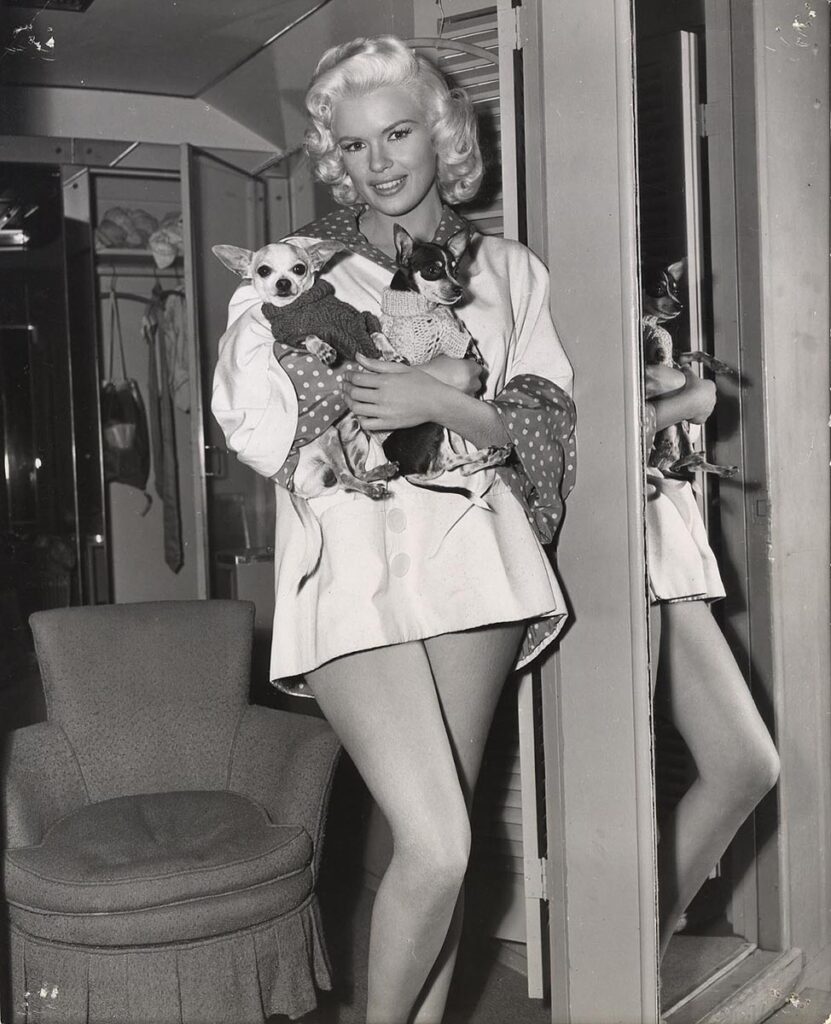 Jayne Mansfield stands at her dressing room holding her Chihuahuas who are wearing sweaters which she knitted for them (according to the attached typed paper blurb at the bottom of the still — and we know that studio publicity never made such things up!). The film was considered Jayne’s film debut, though she had appeared in a few films already, and starred on Broadway.

A down-and-out gangster hires an alcoholic press agent to make his blonde bombshell girlfriend into a recording star, despite the fact that she has no talent. Grand comedy vehicle for Jayne.